La Nina continue to linger, may go past spring barrier 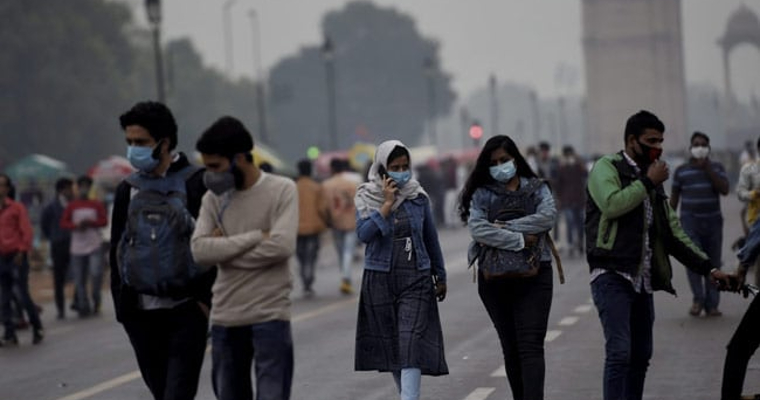 Equatorial Sea Surface Temperatures (SSTs) are below average across the east-central and the eastern Pacific Oceans. Warming or cooling of the equatorial Pacific ushers in large scale changes of atmospheric circulation. Accordingly, the ocean-atmosphere coupling changes gear to shift adverse weather activity pockets. The warming of the equatorial Pacific is more detrimental than the cooling factor. The temperature profile of the Pacific sea surface, as observed on various platforms like sea-based buoys and space-based satellites is quite volatile in the Nino region.

ENSO: During the month of January, -ve SST anomalies weakened for nearly 4 weeks at a stretch. In this too, the earlier 2 weeks witnessed warming on the flanks of the Nino region (Nino 4 & Nino 1+2), whereas the latter half observed the central Nino region (Nino 3.4 & Nino 3) getting warmed. However, in February, the ongoing warming got arrested and rather taken a dip to drop below -1°C over Nino 1+2 region. With this, it may be inferred that expected warming may adopt a slow pace. 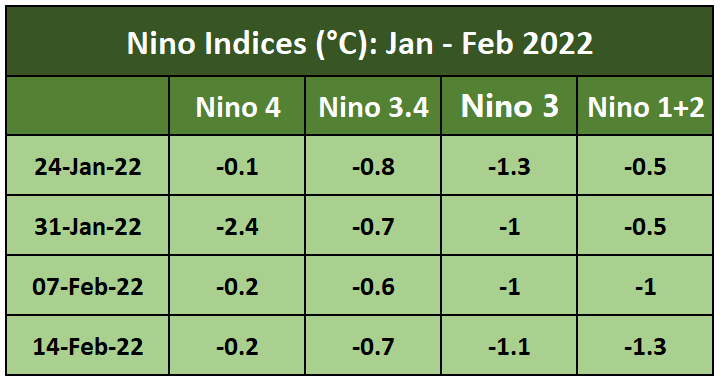 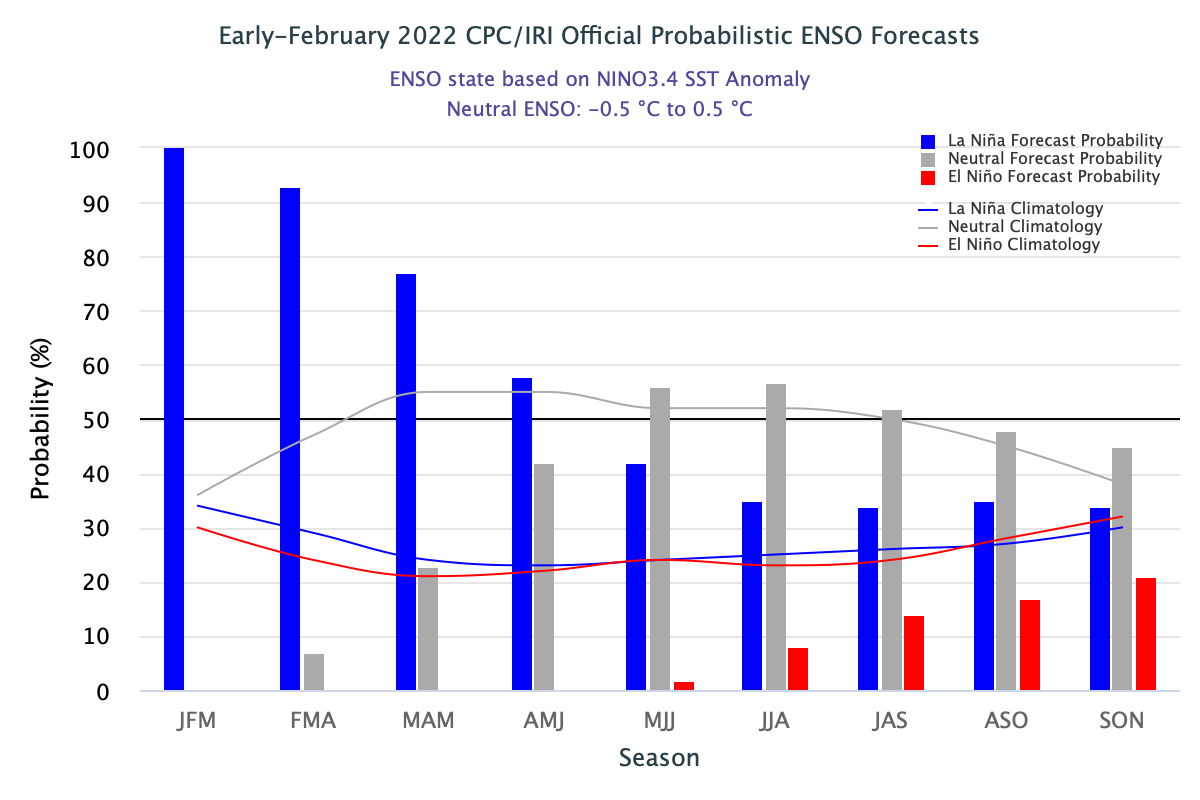 IOD: The Indian Ocean Dipole is currently neutral. The latest weekly value of the IOD index to 13th February was -0.33°C. Earlier, the index displayed a sudden decline from -0.32°C on 23rd January to -0.79°C on 30th January. 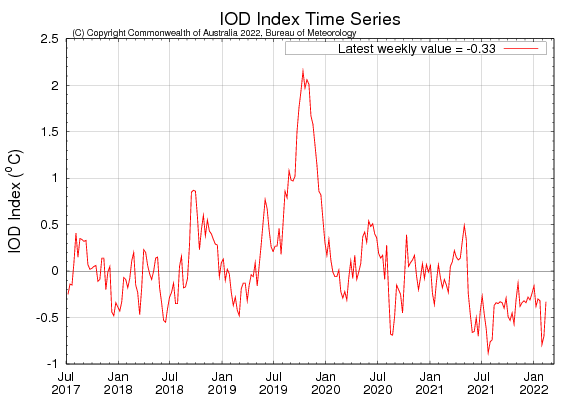 Thereafter, it has recovered again to reach close to the threshold neutral. Such large fluctuations are consistent with the IOD behaviour at this point in time. These are expected to stabilize and likely to maintain -ve neutral threshold during the pre-monsoon season. 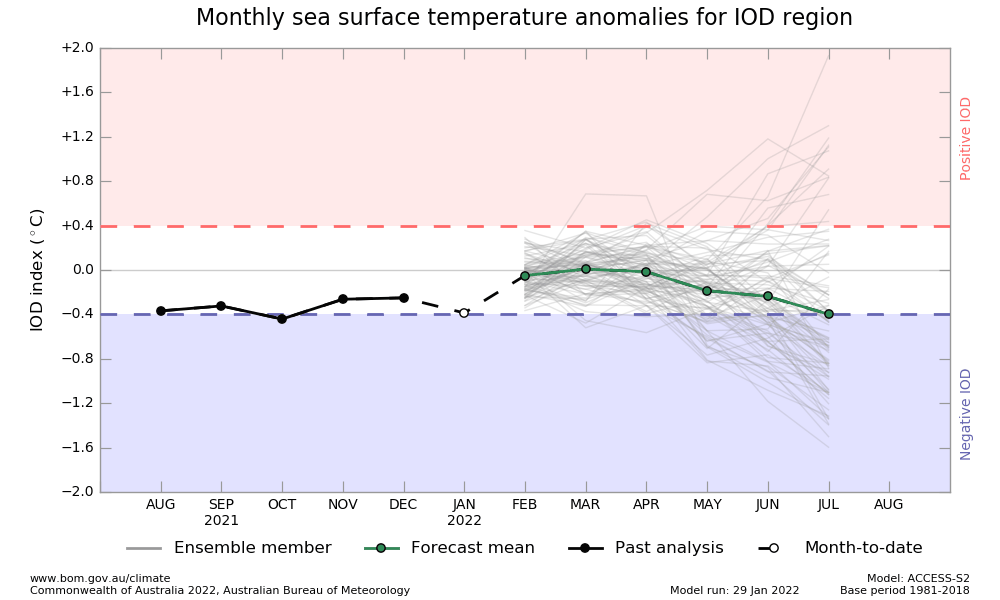 MJO: Madden Julian Oscillation was maintaining low amplitude in January. It mostly sailed far from the Indian Ocean. However, the magnitude of the MJO index has increased in February, as it remains outside the unit circle uninterruptedly. It is expected to propagate eastward over the Indian Ocean for the next few days and move to the maritime continent during the subsequent 2 weeks. The southern side of the Indian Ocean is likely to be active for cyclogenesis. Though West Pacific is not an active basin for typhoons and storms at this time, favourable MJO may trigger an uptick in stormy activity across Southwest Pacific. MJO constructively supports interface with La Nina. Accordingly. Increased atmospheric response of La Nina is likely over North Pacific and North America during late February and early March.

ENSO pattern and IOD plot are very crucial for the upcoming Indian southwest monsoon season. Degree of difficulty increases for the predictions with evolving ‘spring barrier’. Skymet will take a judicious call shortly to decode the ENSO signal. IOD – ENSO interaction holds the key towards the overall health of the Indian Summer Monsoon.