ENSO: ENSO outlook based on numerical weather models is quite steady since the monsoon withdrawal. In view of the rapid cooling of the Pacific Ocean, La Nina event is expected to consolidate over the next 3 months. These conditions may last till early spring 2022 and return to ENSO-neutral, thereafter.

The latest projection of ENSO for the month of November is swaying firmly around La Nina with a gradual and marginal appearance of ‘neutral’ by Feb 2022. El Nino contribution remains minimal, even till June 2022, the commencement month of southwest monsoon. The Southern Oscillation Index and equatorial Southern Oscillation Index remain +ve and consistent with a continuation of La Nina event. 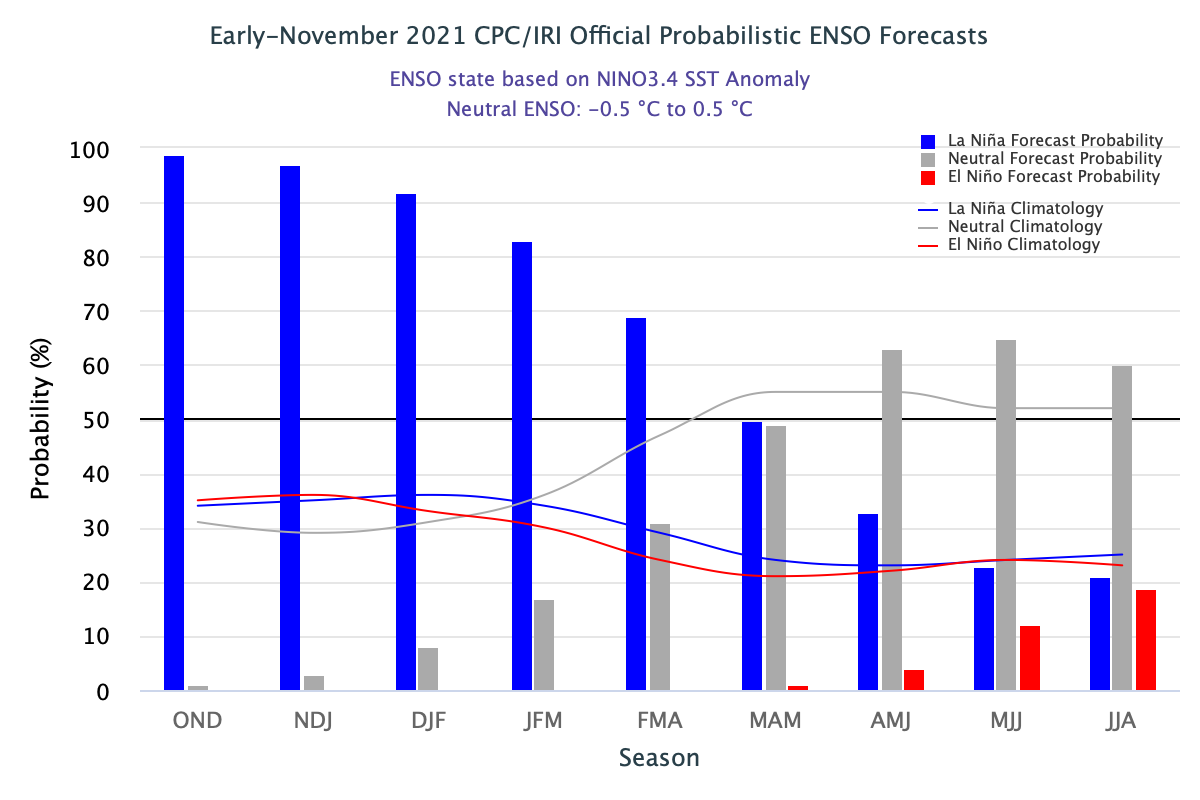 IOD: The -ve IOD is gradually dwindling, albeit maintaining within the -ve threshold. From a firmly neutral bound of -0.13°C on 07th Nov 2021, the IOD index rolled down again to -0.38°C, very close to the -ve margin, on 14thNov. Most climate models indicate the IOD to turn neutral by December 2021 and possibly encroach into borderline +ve readings, thereafter. As the northeast monsoon regime shifts southward during late Dec2021 and Jan2022, the wind pattern restricts the formation of an IOD event. Invariably, the episode of IOD goes missing between Jan - Apr. 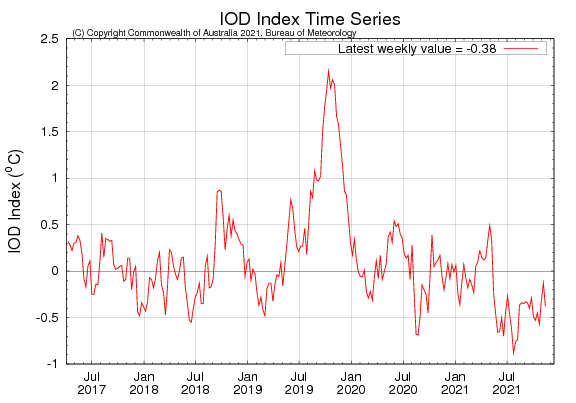 MJO: MJO is reflecting a weak signal and retains low amplitude. Presently, it is marked over Maritime Continent in phase-IV, with a tendency to shift over the Indian Ocean, preserving marginal cyclicity. With the MJO event crossing over to the Indian Ocean and persisting La Nina conditions over the Eastern Pacific, it strikes a good deal for a tropical cyclone formation towards fag end of November or the start of December.

There is no active storm at the moment, across the global seas. Also, no suspect areas for immediate cyclogenesis. Accordingly, the Indian Seas (the Bay of Bengal and the Arabian Sea) may remain devoid of any storm till the last days of November.