La Nina goes strong as Indian Ocean Dipole turns neutral, more rainfall in the plains and snow over the mountains of north India 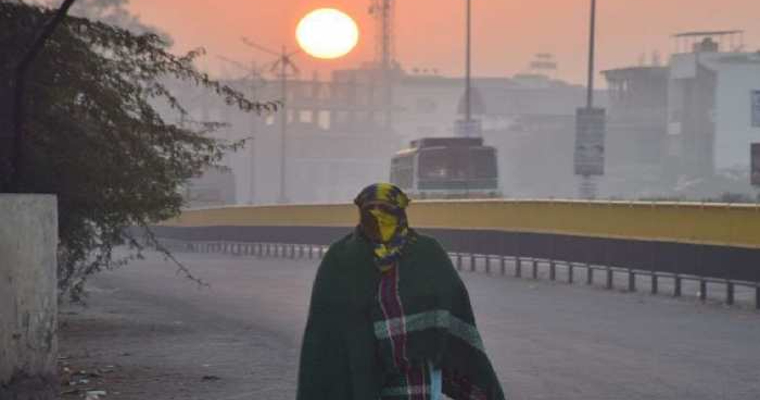 El Nino and La Nina events are known to cause adverse climatic changes varying from floods in some parts to drought over a few other parts of the globe. Diversity of weather phenomenon is such that these can occur even in normal years. However, during ENSO extremes, the predictability of disastrous events increase which allow and provide a lead time for preparation to meet the challenge. Strong signal of ENSO impacts not only the equatorial Pacific but also is powerful enough to shift seasonal temperature and precipitation patterns around the globe, especially in the tropical latitudes. This shift in the pattern has a cascading effect in terms of altering the location and intensity of Jet Stream, changing the frequency of tropical cyclones and modifying the storm tracks. 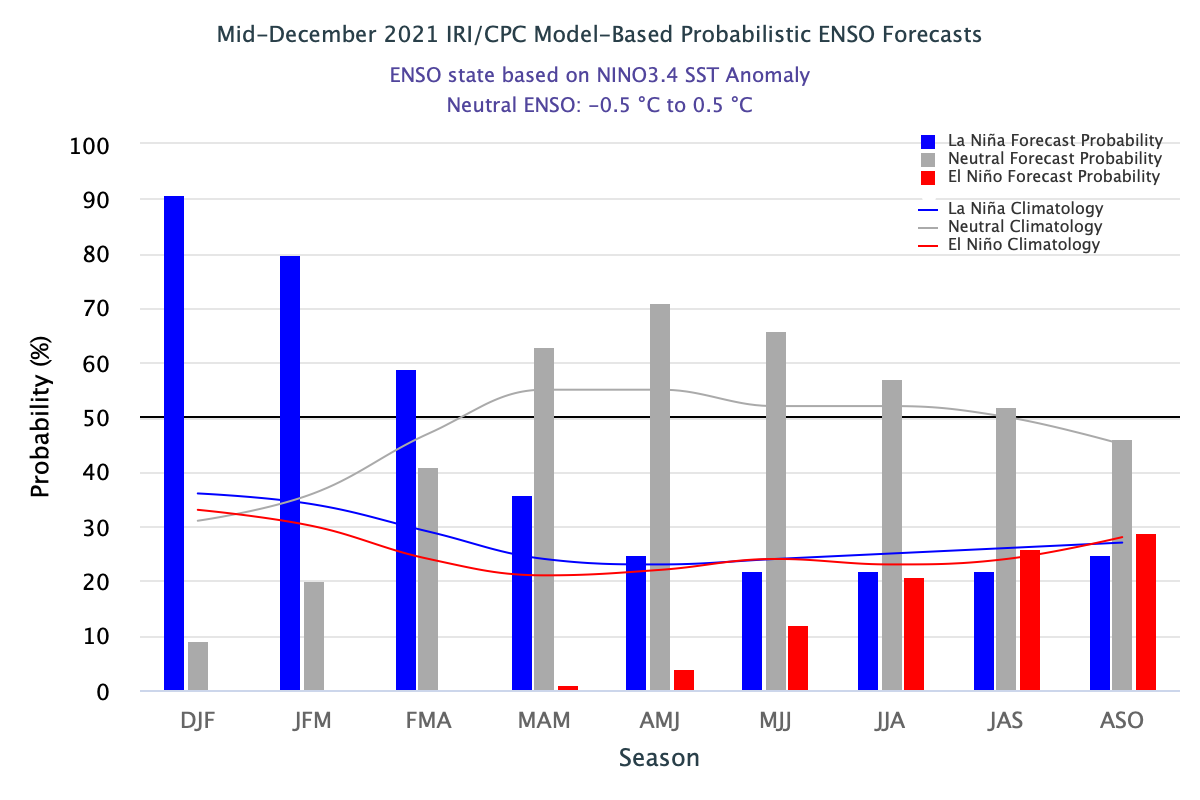 ENSO: Nino indices have strengthened the La Nina conditions further. The Oceanic Nino Index (ONI), represented by Nino 3.4 region is constantly dipping below the threshold mark of 1°C. The La Nina level has regained nearly the same strength as observed during its last episode of the year 2020. The entire equatorial Pacific stretched across millions of kilometres has cooled by over 1°C. Drop-in heat potential is tremendous and has very few parallels in the recent past.

Nino indices are expected to retain these levels in Jan 2022 also. Nino 3.4 is likely to remain above the threshold neutral of +/- 0.5°C till early spring season and gradually decline thereafter. After witnessing 2 back-to-back La Nina in 2020 & 2021, another one in succession is nearly ruled out. An evolving El Nino through the Indian Summer Monsoon remains a possibility, but too early to commit.

IOD: Indian Ocean Dipole has eased back from a -ve run and now has more clearly turned neutral. The latest IOD index value for the week ending 26 Dec 2021 is -0.24°C. IOD values are more or less inconsequential for any significant weather activity over the Indian sub-continent between Jan-Mar. The earliest indications to draw any meaningful inference start only in April. Indian Ocean has already observed 2 back-to-back -ve IOD episodes and 3rd one in a row seems improbable. A +ve IOD during the monsoon has the potential to absorb some of the El Nino blues. IOD is a significant driver of climate across Asian and Australian continents. IOD events usually start around April/May, peak between August and October and then rapidly decay after withdrawal of northeast monsoon. 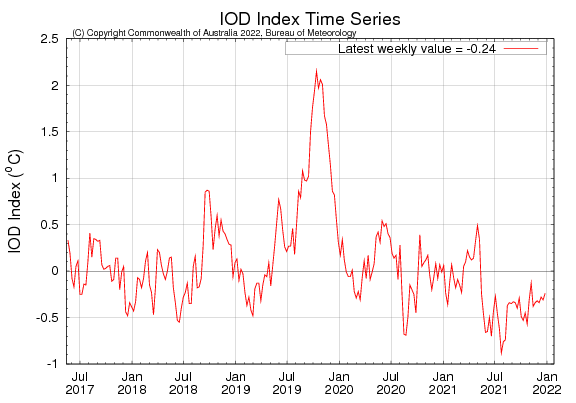 MJO: Madden Julian Oscillation is currently sailing far from the Indian Ocean. It is in phase 7&8 with a moderate amplitude, but inconsequential for any weather activity over the Bay of Bengal and the Arabian Sea. Northeast Monsoon, as such, is on verge of withdrawal. Sporadic weather activity over Tamil Nadu may still continue in the 1st week of January and die down afterwards. 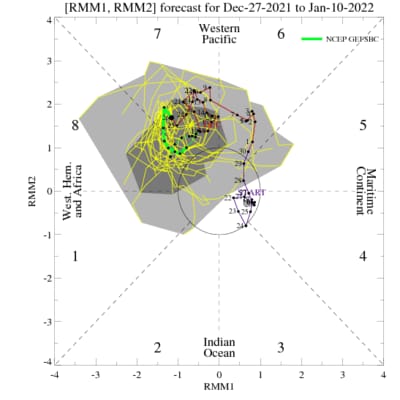 Strong La Nina conditions have already impacted rainfall in the plains and snow over the mountains of north India. Jammu & Kashmir and Ladakh has received a mere 15.3mm of rain/snow against normal of 50.4mm between 01st and 27th Dec 2021. Punjab has received just 0.1mm of rain against the normal of 10.2mm in December during this period. Hopefully, January may pull out a better picture and replicate it in February as well.