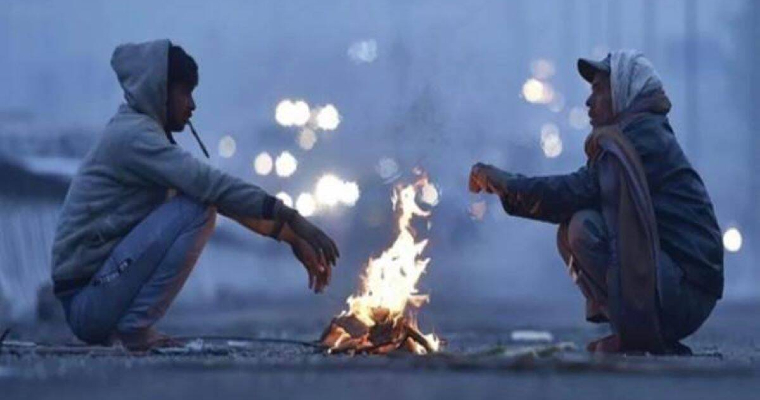 The multi-model ensemble is hinting at warming in the eastern equatorial Pacific in June 2022. Its implication will be a cessation of La Nina and the beginning of the El Nino component around May/June. There is a little disagreement between the model forecasts on the timings of dissipation of the current event. European Center for Medium-Range Weather Forecast (ECMWF) and Meteo France strongly suggest eastern equatorial Pacific Ocean warming. However, the NCEP ( National Center for Environment Prediction) model – CFS V2 maintains La Nina, albeit weak at that time. The objective model-based forecast shows dissipation of the current La Nina event in Mar-May (49%) as opposed to subjective consensus (67% chance) during Mar-May 2022.

ENSO: Below average SST(sea surface temperature) anomalies persist across all of the Nino regions in the equatorial Pacific. However, these regions have trended warmer over the past few weeks, specially the outer margins of Nino domain. These indices continue to breach the threshold mark of -0.5°C, over the central parts, though on a weakening note.

As is evident from the data, substantial warming is noticed over Nino 4 and Nino 1+2. The rise or drop of the SST may not be truly linear, at all time. Minor fluctuations, up or down, remains a normal feature at any given time. Distribution of La Nina and El Nino component is nearly equitable commencing June-July-Aug. In the subsequent average quarterly indices, share of El Nino rises, albeit marginally. 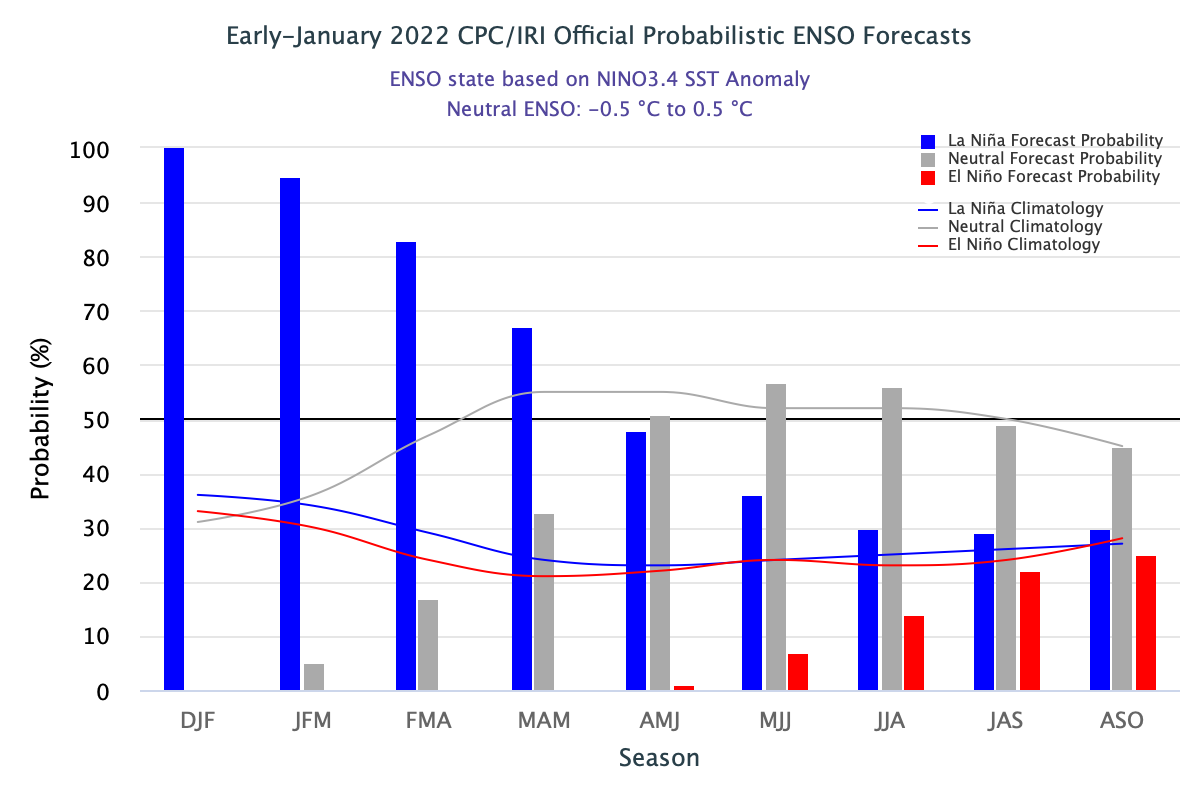 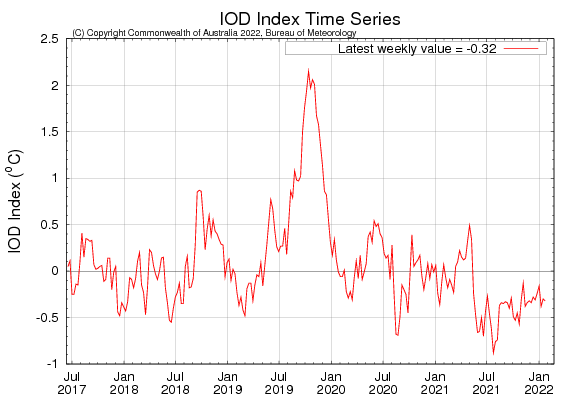 All the climate models indicate the IOD will remain neutral for the coming months. As such the IOD events are unable to form effectively till May because the monsoon trough remains over the tropical Indian Ocean. 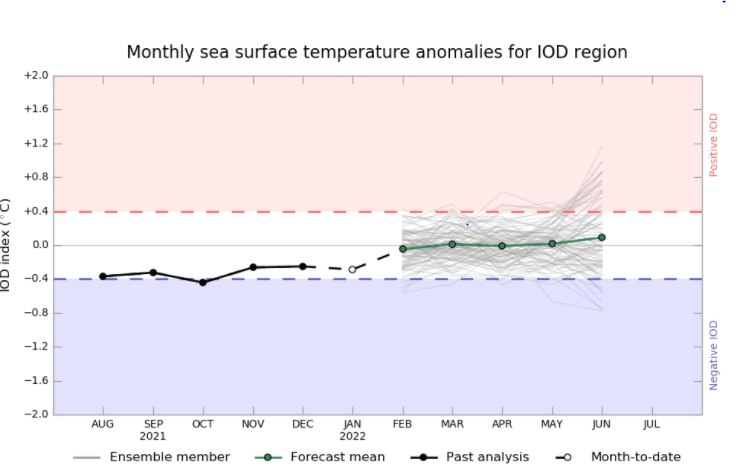 MJO: Madden Julian Oscillation continued eastward propagation earlier in Jan (1st half). MJO seems to have lost much of its amplitude falling within the unit circle during last week. Anomalous trade easterlies have strengthened over the Indian Ocean, confining to south of equator only. MJO is likely to remain weak and incoherent through the end of Jan/ 1st week of Feb. No significant system in terms of tropical disturbance is likely to form in the northern hemisphere during the next 2 weeks.

The equatorial Pacific will remain an area of interest and focus for tracking the Nino indices in February. These indices have a tendency to fluctuate, as the ‘spring barrier’ approach. Appreciable rise in the SST is likely over the next 6 weeks before stabilizing in the pre-monsoon season.