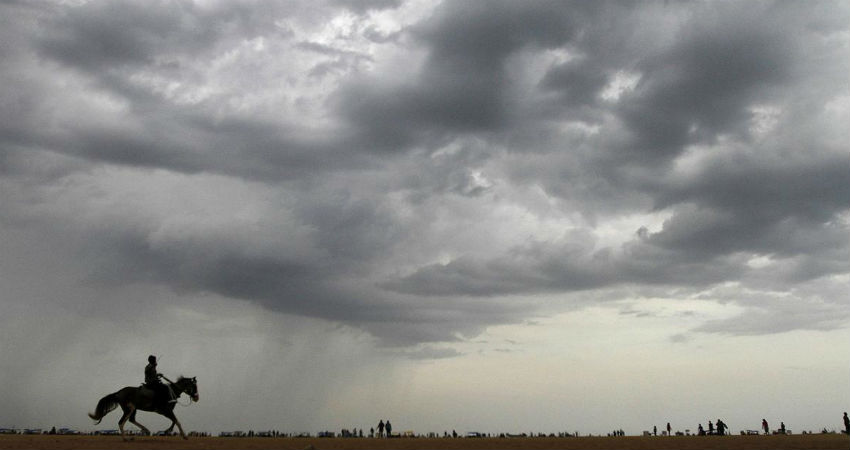 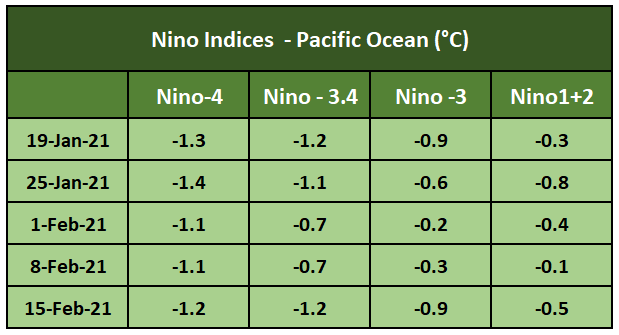 The Oceanic Nino Index (ONI) is based on SST departures from average in the Nino 3.4 region and is the principal measure for monitoring, assessing and predicting ENSO. La Nina is characterized by a -ve ONI <= -0.5°C. To be classified as La Nina episode, these thresholds must be exceeded for a period of at least 5 consecutive overlapping 3-month seasons. The ONI value for the last 6 seasons is indicative of a full-fledged La Nina episode.

The seasonal ENSO projection based on February 2021 initial conditions indicate dropping of La Nina values from hereon and a possible rise half way through the monsoon season. This needs to be verified in the subsequent model runs. Most of the numerical models are suggesting that the Central Pacific Ocean containing Nino 3.4 have have passed their peak ‘ La Nina’ related cooling and forecast a return to neutral ENSO by the end of spring season. 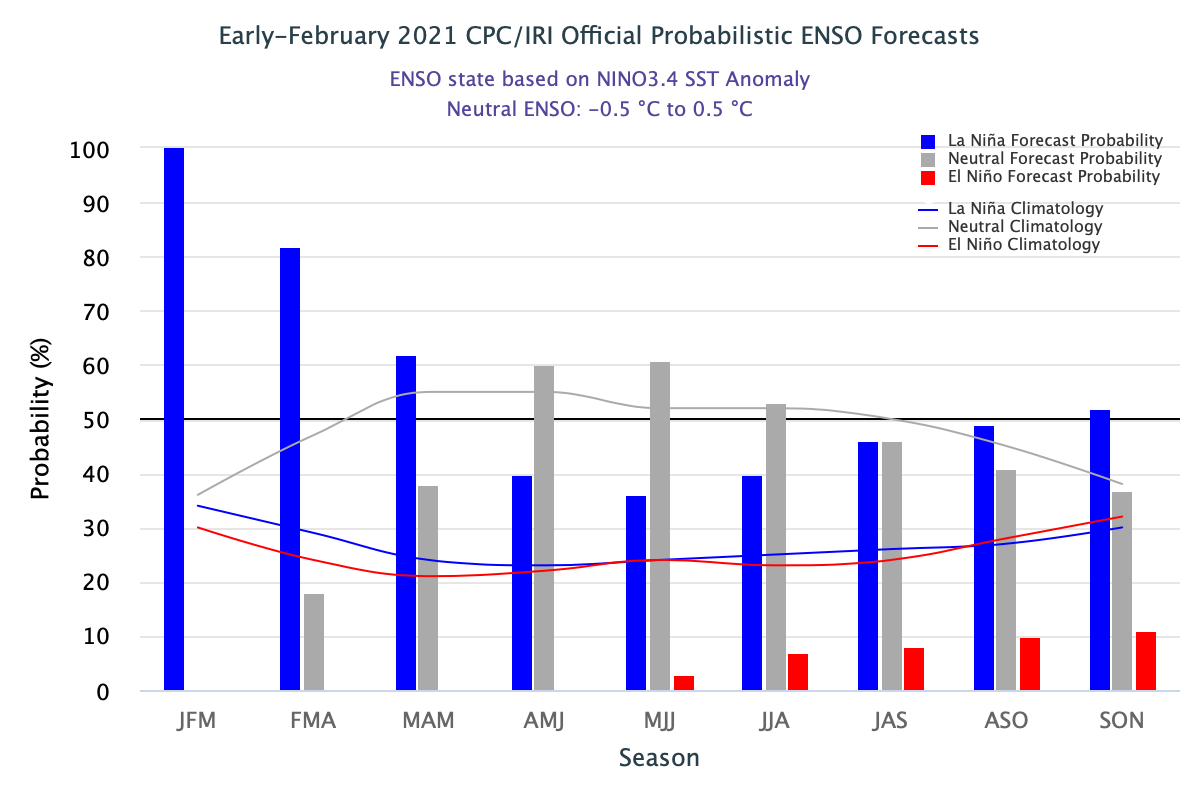 SST’s in the Indian Ocean are warmer than average across most of the basin. However, the Indian Ocean Dipole (IOD) is neutral and the latest weekly value of the IOD index to 14th February was -0.18°C. 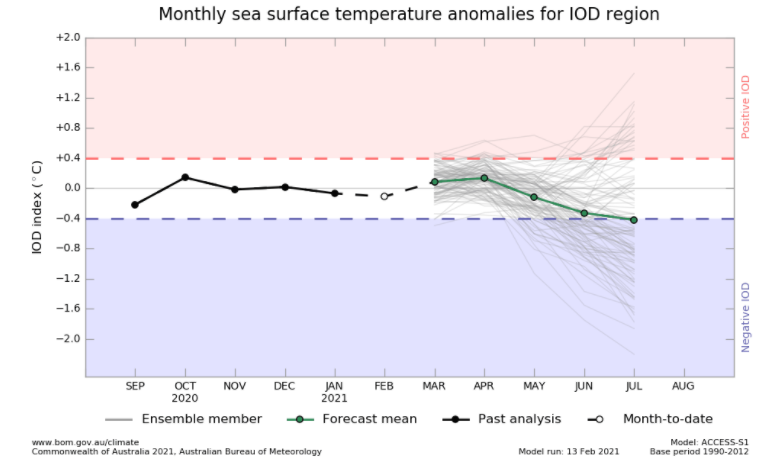 IOD events are typically unable to form till April as the monsoon trough remains south over the Tropical Indian Ocean. 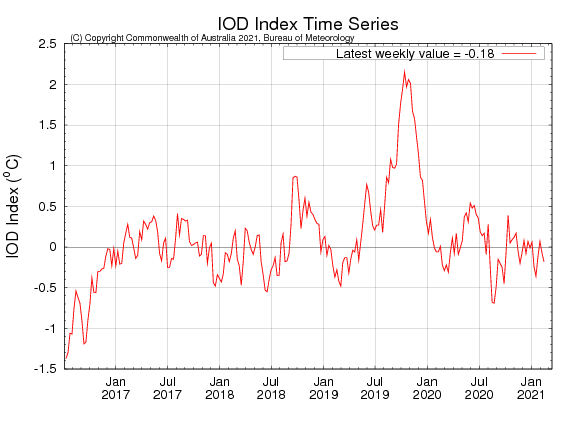 Climate models read the IOD to remain neutral at the commencement of Indian Monsoon. IOD is defined by the difference in SST’s between the eastern and western tropical Indian Ocean. A +ve phase typically sees better monsoon rainfall for Indian Sub-Continent while the -ve one may suppress it to drier than average.