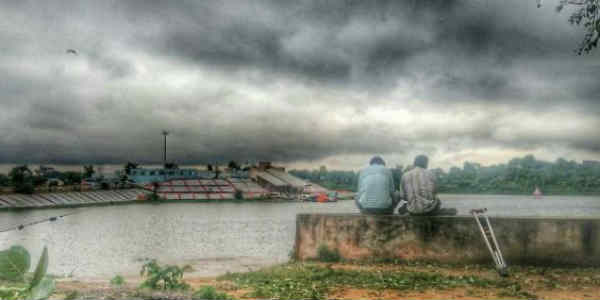 Most parts of Central India have remained dry for more than a month now. At present, minimums over most parts of Maharashtra are significantly above normal whereas, Gujarat and Madhya Pradesh are witnessing near normal temperatures.

According to weathermen, southeasterly winds are blowing over Marathwada and Vidarbha. Due to these warm and humid winds, minimums over these places are high. Further, a north south trough has formed from Vidarbha to North interior Karnataka which might bring isolated light rain over parts of Vidarbha and Marathwada during the next 24 to 48 hours.

Moreover, light rains may occur over South and East Madhya Pradesh around December 9 and 10. However, these rains will continue for a short period with intensity remaining light and patchy.

Moreover, these activities will not have much impact over the temperatures. However, due to cloud cover and light rains, day temperatures over Vidarbha and Marathwada as well as parts of Madhya Pradesh may drop by 2℃-3℃.

On the other hand, most parts in Gujarat and South Rajasthan will remain dry. However, light rains may occur over one or two places of Northwest Rajasthan and Kutch region of Gujarat around December 10.