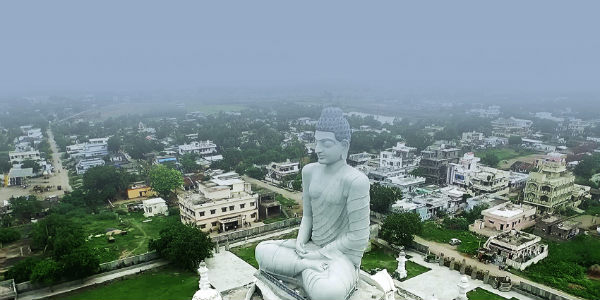 At present, Coastal Andhra Pradesh is largely rain-deficient to the tune of  68%, while Rayalaseema is deficient by 69%. This was despite southern districts of Andhra Pradesh receiving moderate to heavy rains in the last couple .

At the same time, the neighbouring state of Telangana is also running rain deficient by a huge figure of 84%. In the other words, we can say that during the Northwest Monsoon, both the states have not received enough rains.

The only, area which saw moderate to heavy rains is South-coastal Andhra Pradesh, particularly places like Nellore, Kaval and other adjoining districts. This can be attributed to the weather systems which originated in Bay of Bengal and traveled towards Tamil Nadu and Andhra Pradesh coast.

Weathermen at Skymet Weather have forecast that isolated rains may occur over the state of Telangana on December 9 and 10. Sky conditions may also become partly cloudy to cloudy, leading to marginal drop in the day temperatures.

It is expected that during this time, the weather of Andhra Pradesh will remain mostly dry. But light to very light rain at one or two pockets of coastal districts cannot be ruled out. The intensity and spread of rains will be very light, therefore these rains will not have much impact on agriculture and rain deficiency will still persist.

Weather is expected to go dry once again from December 12 onward.

Weather on Twitter
Moderate showers are likely in #Chhattisgarh for another 24 hours. In the meantime, East Madhya Pradesh may receive… t.co/MVSKXNOlsN
On February 24 and 25, we expect fairly widespread rain and thundershowers in West Bengal, #Odisha and #Jharkhand.… t.co/P4c5Us2EqF
Scattered rain and thundershowers are expected to continue in East #MadhyaPradesh and #Chhattisgarh until February… t.co/kYuwxCvHZ5
#Rain and snow will commence in #JammuandKashmir, #Ladakh, #HimachalPradesh, #Uttarakhand on February 28. On Februa… t.co/mr0Ak4v8A9
Light rain and thundershowers are expected in #Uttarakhand, parts of Northwest #Rajasthan and Southwest #Punjab on… t.co/IVWxsVVOBM
Let us take a look at the #weatherforecast for the week. t.co/6GDd7yj8HS
Good #Rain and thundershowers are likely in Odisha and #WestBengal. The intensity is likely to be more in #Odisha a… t.co/S2ideLNDaO
सोमवार को देश के मैदानी भागों में सबसे ठंडा स्थान रहा हरियाणा का करनाल शहर। जहां न्यूनतम तापमान 9.0 डिग्री सेल्सियस… t.co/RtQsjW9aJe
अगले 24 घंटों के दौरान झारखंड और छत्तीसगढ़ में कई जगहों पर हल्की से मध्यम बारिश के साथ कुछ स्थानों पर भारी बारिश हो… t.co/P8TUJmiBxl
During the next 24 hours, light to moderate rain and thundershowers with isolated heavy spells may occur in #Odisha… t.co/3sxXjleNrv
Follow us @skymetweather