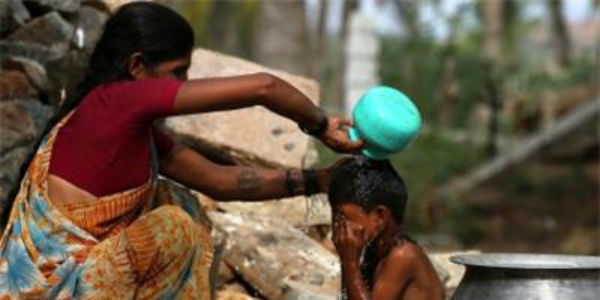 The intense summer heat has been wreaking havoc over several parts of the country. So much so that several areas have been recording above normal temperatures. In fact, the maximums have also been settling in the 40s over many areas.

The western parts of Rajasthan along with a few areas in Madhya Pradesh and Uttar Pradesh are still under the grip of heatwave. The reason for these weather conditions could be attributed to the inflow of south southwesterly winds.

These winds are hot and dry in nature and blow from the Pakistan region where the temperatures are already running high.

As far as Uttar Pradesh is concerned, areas including Allahabad, Banda, Jhansi, Lucknow, and Varanasi are under the grip of heatwave. In Rajasthan, the capital city Jaipur along with other cities including Jaisalmer, Jaipur, Barmer, Bikaner, Churu etc.

Isolated pockets of Madhya Pradesh including Gwalior, and Khajuraho are also under heatwave’s tight grip.

Let’s take a look at the table below depicting the heatwave conditions in the aforementioned states: 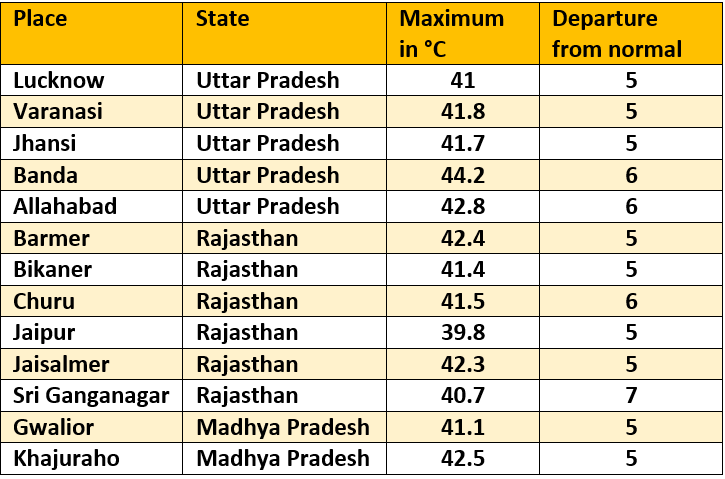 As per weathermen at Skymet, heatwave conditions are likely to continue over these areas for at least the next 48 hours. Thereafter, light rains in North India may result in the change of wind pattern. Thus, winds will become northerly-northeasterly which are slightly cool in nature.

Thus, heatwave conditions will take a backseat over the northern parts as well as Central India in the coming days.