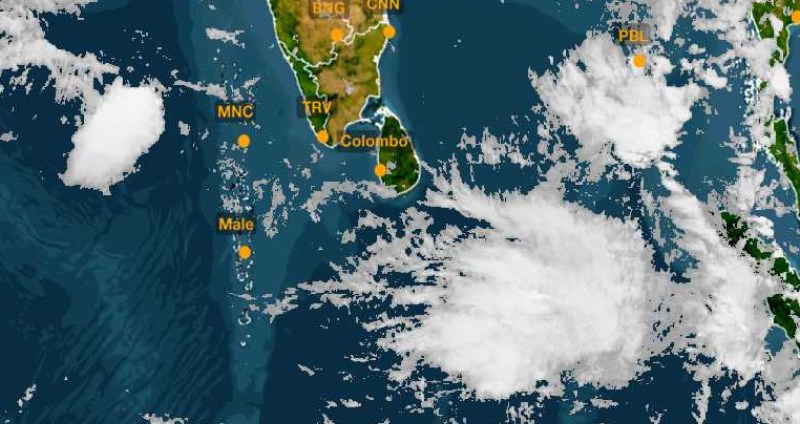 The first low pressure area of the pre-monsoon season has formed over the southeast Bay of Bengal and the adjoining south Andaman Sea. The weather system will become more marked in the subsequent 24 hours and may concentrate into a depression between 31st March and 01st April 2021. Presently the low pressure area is centred around 7.5°N and 94°E, about 150km southeast of Car Nicobar and 500km south of Yangon (Myanmar). The low pressure is in a formative stage of convection with a lack of consolidation and poorly defined cyclonic circulation. However, the system is promising signs of intensification while over favourable waters of Bay of Bengal.

Low pressure is likely to move initially northward towards Port Blair and later recurve northeast to head for Yangon between the Gulf of Martaban and Mouth of the Ayeyarwady. Heavy rains are expected over coastal parts of Myanmar and Thailand on 02nd April when the depression is likely to move across these areas. Heavy rains may drag to more parts of Thailand and Laos later.

Maiden low pressure of the season has already poured heavy rains and Carnicobar has recorded 54.4mm of rainfall in 24 hours. The weather system is expected to move over North Andaman Sea during its ongoing intensification and therefore places like Port Blair, Maya Bander and Carnicobar can expect heavy to very heavy rains for the next 3 days. Heavy downpour will be accompanied with strong winds and the sea condition is going to be very rough.

The formation of a storm in the Bay of Bengal during March is very rare but the probability increases in April and more so in its 2nd half. Most of these weather disturbances remain confined to the Andaman Sea and the southeast Bay of Bengal. The majority of these recurve and head for the Gulf of Martaban between Sandoway and Yangon. Indian coastline from Tamil Nadu to West Bengal will remain safe without any likelihood of inclement weather conditions. Bay Islands of course have to watch out for heavy rains for the next 3 days.

Dry week ahead for Rajasthan, Gujarat, and Madhya Pradesh

After a gap of six days, maximum in Delhi crosses 40 degrees Celsius