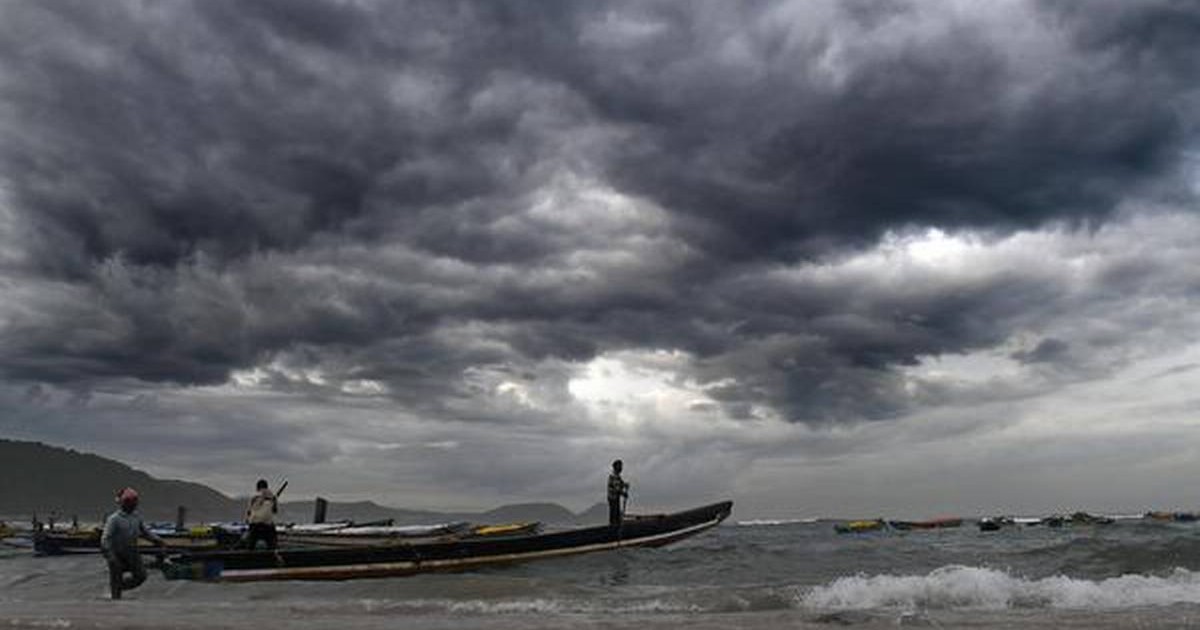 The Southwest monsoon activity has extended over central and southern parts beyond the scheduled dates. Withdrawal of monsoon was completely halted for more than 2 weeks. Frequent weather systems in the Bay of Bengal and their travel across central parts from Odisha, Andhra Pradesh, Telangana Chhattisgarh Maharashtra to Gujarat resulted in inclement weather conditions over these states. The unseasonal rainfall was in excess of normal by more than 100 % in pockets and also unstoppable for days together. Telangana, Madhya Maharashtra, and Chhattisgarh experienced more than double the normal rainfall and even Andhra Pradesh, Marathwada and Odisha measured very heavy downpour on many days. Such heavy rains and flooding in some parts on the eve of the harvest are likely to hit output of rice and cotton in Andhra Pradesh, Telangana, Maharashtra, and Gujarat. The southern peripherals of Madhya Pradesh and Chhattisgarh also got impacted by these damaging untimely rains. This year rice output was estimated at 102. 36 million tonnes and cotton production were aimed at 37.12 million bales. These figures now may not be achieved as the rains have destroyed harvest-ready crops of paddy and cotton particularly in Telangana and Andhra Pradesh which contribute nearly 15 % of the rice production. Though the loss assessment is going on, the initial estimates project crop damage across 80,000 hectares in Telangana and 71,000 hectares in Andhra Pradesh. Along with paddy and cotton which suffered major damages, the crops of ragi and pulses also have suffered losses. The bad weather has delayed the harvest and therefore, the procurement is also likely to be extended. The excessive rains in Maharashtra have spoilt the onion nursery planted for the next crop. This could possibly have a cascading effect on onion prices in the coming days. In anticipation, the government has relaxed import norms for onions until December 15 and used the buffer stock to increase supplies and moderate prices that have risen sharply in recent days, especially in few cities like Bengaluru, Ahmedabad, Mumbai, Pune, Trivandrum, Chennai and Kolkata.

The month of October slips into the last week registering a surplus of 13% rainfall. Rains are going to ease out over most parts during this week and remain confined to southern parts and northeast region. Despite frequent weather activity coming up in the Bay of Bengal the month will end without seeing a cyclonic storm in the Indian seas. However, a cyclonic circulation will be brewing and persisting in the Bay of Bengal which may intensify, and a low-pressure area will form on around 30th of October.

The entire region is going to remain free from any significant weather activity. Mostly clear skies and pleasant days will be observed over plains and scattered rain and snow are expected in the higher reaches of hills in the first half of the week. The night temperatures are going to dip to low teens at most places over Punjab, Haryana, Delhi NCR and remain 15 degrees or more over Rajasthan and Uttar Pradesh.

Coastal Odisha, Konkan and Madhya Maharashtra are likely to have scattered rains and thundershowers on the first two days that is 26th and 27th of October and become dry thereafter. No unseasonal rains are expected over other parts of central India. Night temperatures will start dropping over Madhya Pradesh, Gujarat and Maharashtra.

Rain and thundershower are likely during the first of the week. Generally, partly cloudy sky with humid conditions expected in the latter half of the week. Maximum and minimum temperatures will stay around 34 degrees and 25 degree Celsius, respectively.

Wind speed is almost calm during the night. And during the day it increases to 10 to 12 Kmph which is not enough to disperse the pollutants. Minimum temperatures are also around 14 and 15 degree which results in the formation of mist and haze during morning hours. Low temperatures and light winds are the favourable conditions for increasing pollution. By October 27, Northwesterly winds will pick up speed which may improve the pollution level to some extent. AQI may come in ‘Poor’ to ‘Very Poor’ category. Isolated pockets will be in moderate category as well. We do not expect rains to occur over Delhi which would have washed away the pollutants.

Therefore, pollution is going to stay in the ‘Poor’ to ‘Very Poor’ category.