Monsoon rain in Kolkata brings some relief, warm and humid weather to prevail 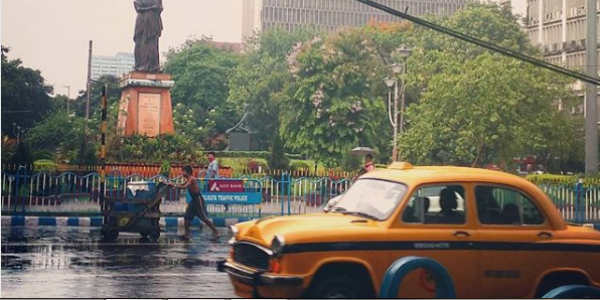 Rain in Kolkata returned on Wednesday, bringing in much needed relief from the ongoing heatwave conditions. Rain bearing clouds had engulfed the state capital in the morning hours, with rains making an appearance around forenoon hours.

These rain and thundershowers resulted in significant drop in the day maximums. The mercury that had reached 35°C dropped to 26°C. At present, the city is witnessing comfortable weather conditions on account of these Monsoon rains. However, this change would be a shorter one and as soon as the rains reduce, mercury and high humidity would once again begin to increase discomfort.

In the absence of rainfall, heatwave conditions had gripped Kolkata and many parts of Gangetic West Bengal. As on June 19, Kolkata recorded its day maximum at 39.6°C, which was 6°C above normal. Not only this, with the presence of Monsoon surge, humidity levels have been also quite high. This has made the weather extremely uncomfortable. With these uneasy weather conditions, the authorities had declared school holiday today.

According to Skymet Weather, though, we do not anticipate any significant relief from the ongoing hot and humid weather for next three to four days. However, isolated Monsoon showers would give some marginal relief.

At present, the country is witnessing weak Monsoon conditions, leading to reduced rainfall activity. However, we expect rains to increase significantly over Kolkata and adjoining areas June 25 onward.

Weathermen are predicting formation of a cyclonic circulation in the North Bay of Bengal and a trough will also develop along the Indo Gangetic plains up to West Bengal. In fact, easterly winds will also increase moisture leading to good Monsoon rains. These rains would give relief from the scorching heat and humidity over Kolkata.