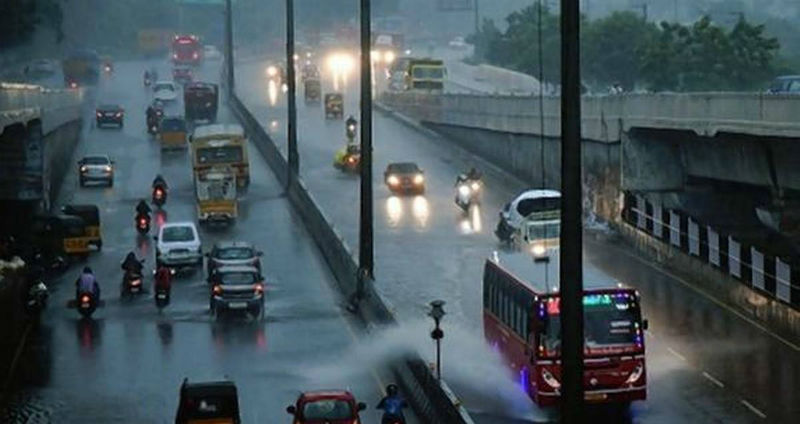 Northeast Monsoon will take a ‘break’ and minimal weather activity is expected over the South Peninsula for the next 5 days. Incidentally, the last 5 days were the rainiest for all the 5 sub-divisions of Northeast Monsoon, particularly for Tamil Nadu, Kerala, and Rayalaseema which reduced their seasonal rainfall deficiencies significantly.

Waxing and waning of intensity of Northeast Monsoon is a regular feature during the season. These active and inactive phases last for 4-5 days alternately albeit with varying intensity. The weather systems causing these changes are Trough in Easterly, Easterly Wave, Cyclonic Circulation on either side of the coast and Low Pressure- Depression- Cyclonic Storm forming in the Indian seas. Majorly the Easterly wave contributes for prolonged weather activity and weather systems over the Arabian Sea away from the coast result ‘break’ in monsoon.

The expected dry spell between 19th and 23rd November will be on account of two weather features brewing on either side of the coast. A monsoon depression is likely to form shortly over the central parts of South Arabian Sea which will drain away the moist winds from South peninsula. The revival generally takes place with the approach of a fresh Easterly Wave or cyclonic circulation moving across the equatorial belt. However this feature is far from the coast and is brewing over Southeast Bay of Bengal and South Andaman Sea. It will take about 5 days to reach in the proximity of coastal Tamil Nadu and the revival will commence accordingly.

The coastal parts of Tamil Nadu will start experiencing weather activity from 23rd November night and will last for 3-4 days. Heavy rainfall is likely during this period at few places. Subsequently the wet spell will extend and cover Kerala and South Interior Karnataka.