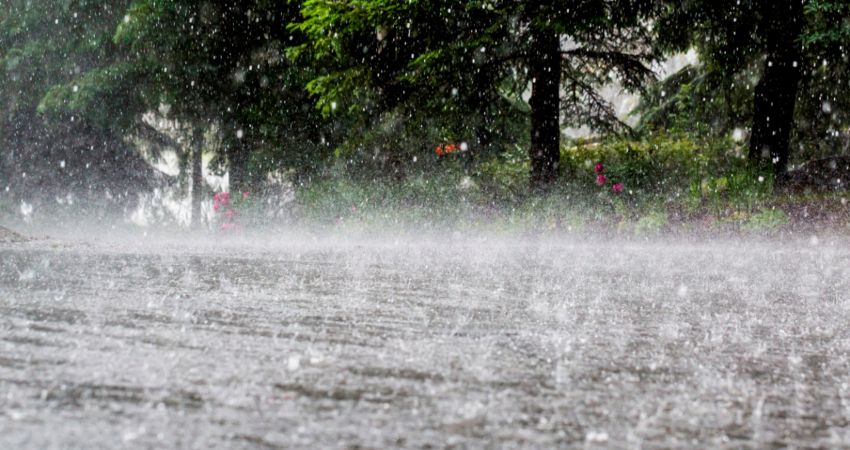 The Northeast Monsoon is going to set in very soon albeit with a delay of about one week. Also, it may not be a pounding start for Northeast Monsoon but surely pick up pace and strength next week. To start with, Northeast Monsoon rains will be just moderate and confined to pockets of Tamil Nadu and Kerala splashing the capital cities Chennai and Thiruvananthapuram.

Northeast Monsoon is the chief rainy season for Tamil Nadu registering 48% of annual rainfall. Statistically, Kerala is the highest run-getter of this period with normal seasonal rainfall of 491.6 mm, followed by Tamil Nadu with a score of 447.4 mm. South Interior Karnataka is the least rainiest with an average of 204.1 mm. The seasonal rainfall within margins of +/- 11% is considered normal for the respective sub-division.

Northeast Monsoon is influenced by global climate parameters such as ENSO (El Nino – Southern Oscillation), IOD (Indian Ocean Dipole) and MJO (Madden Julian Oscillation). El Nino, +ve IOD, and MJO in phase 2-3-4 with amplitude >1 are considered booster for the NE Monsoon rains. Conversely, La Nina, -ve/neutral IOD and MJO in other phases are taken as a dampener for the seasonal performance. Exceptions are always there like in the Southwest Monsoon season.

The La Nina conditions are prevailing and are likely to continue through the Northern Hemispheric (NH) winter (20-21) with 85% chance. Equatorial Sea Surface Temperatures (SST) are below average from the West-Central to Eastern Pacific Ocean. In the last week, negative anomalies strengthened in the Central and East-Central Pacific Ocean. 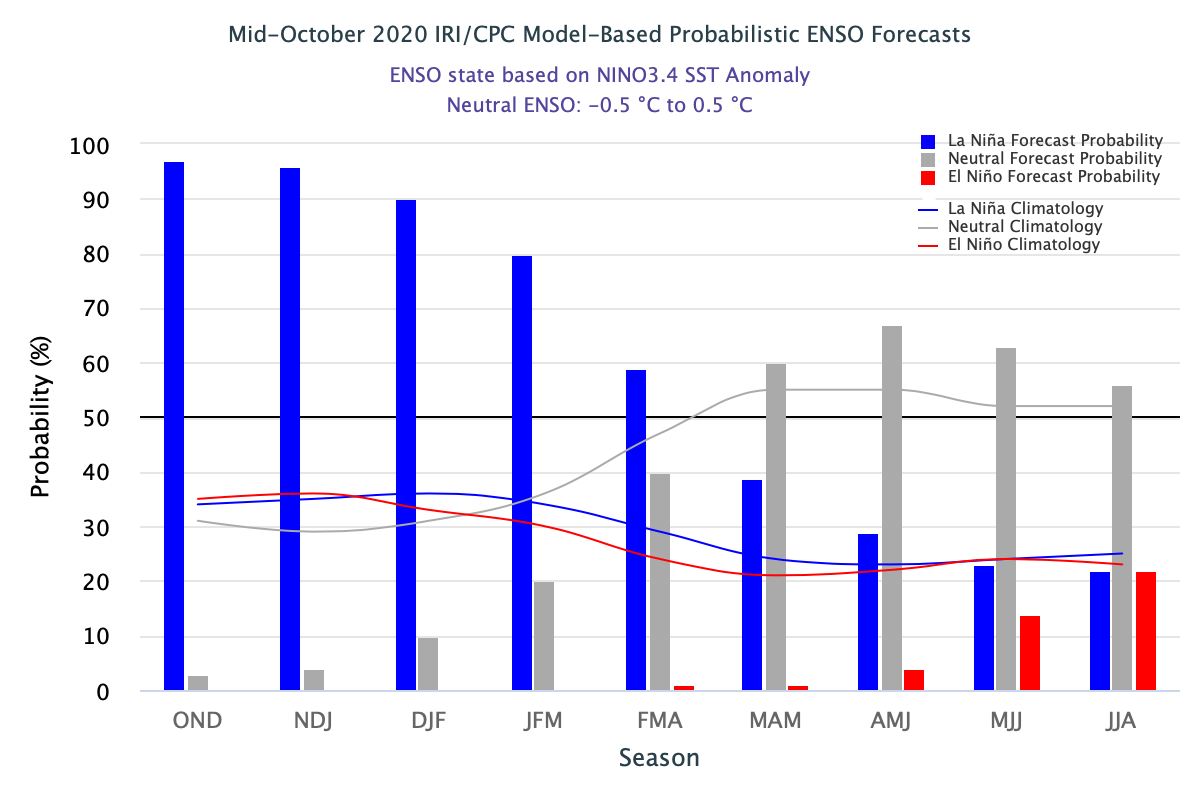 The Nino 3.4 is considered as a representative of the Oceanic Index for La Nina and El Nino and the monthly projections suggest La Nina conditions to extend till Spring Season of NH. This index has achieved the lowest values in the last more than 2 years.

The IOD is defined by the difference in SST between the eastern and western tropical Indian Ocean. The IOD is expected to stay neutral but with -ve bias throughout the season. Though large parts of the Indian Ocean are warmer than the average but IOD phase remains neutral. The last weekly value of the IOD index to 25th October was +0.09°C. 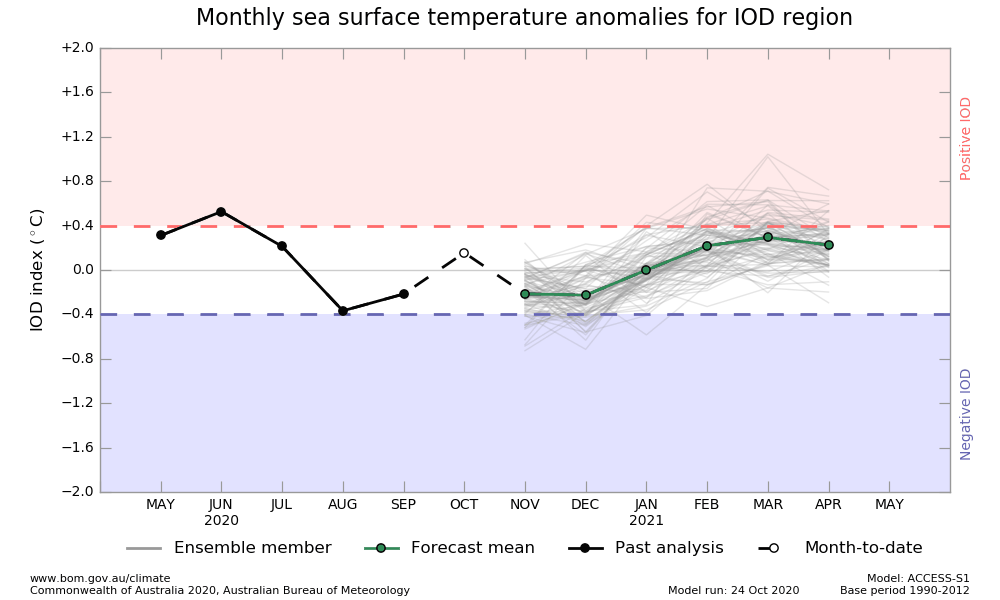 The MJO is likely to remain away from the Indian Ocean and prevail mostly over the Pacific region in phase 5-6&7 with decreasing amplitude. It may visit the Indian Ocean at least once during the Northeast Monsoon season.

The present season is akin to 2016 with respect to the oceanic parameters. While 2015 saw strong El Nino conditions, the subsequent year 2016 remained under weak La Nina and -ve to near normal IOD. The Northeast Monsoon has its internal dynamics also and with that, it may not perform as poorly as in 2016 (-62%). The rainfall distribution is expected to be skewed amongst the 5 sub-divisions of Northeast Monsoon and resultantly staying below normal for the season.