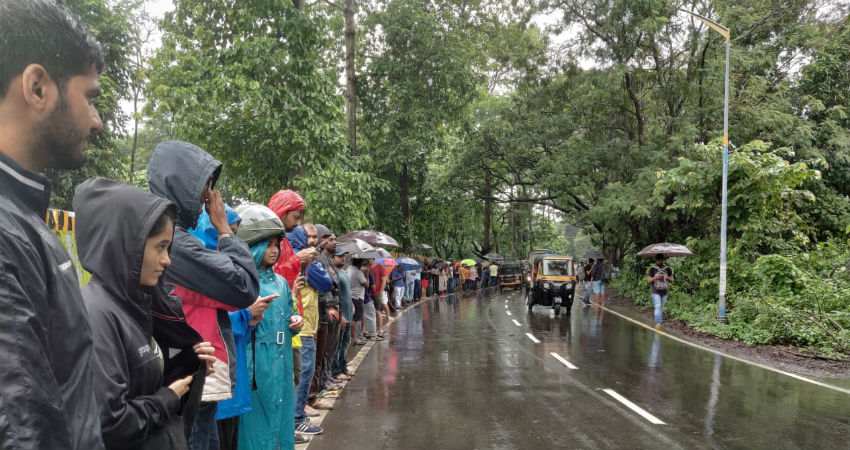 The active Monsoon surge has given heavy to very heavy rains in many parts of Konkan and Goa and Vidarbha during the last 24 hours. Meanwhile, Madhya Maharashtra observed light to moderate rain and thundershowers during the same time frame. However, due to lack of moisture, the division of Marathwada remained almost dry and warm.

These good amounts of rainfall can be attributed to the offshore active Trough extending from South Gujarat up to Kerala. Moreover, the Low-Pressure Area over the Odisha region continues to move slowly in west/northwest directions.

As these systems would persist for some more time, moderate rains would continue in many parts of Konkan and Goa, Vidarbha and Madhya Maharashtra for the next 48 hours. Meanwhile, isolated heavy showers are likely in parts of North Madhya Maharashtra during the next 24 to 36 hours.

Thereafter, the systems would lose their strength and hence the rainfall activities would significantly reduce.

During this entire rainy episode, in the absence of enough moisture, the division of Marathwada would continue to experience dry and warm weather only.

Due to a continuous good amount of rainfall, Konkan and Goa is standing rain surplus by 46%, Vidarbha by 3% and Madhya Maharashtra by 53%, according to the rainfall data between June 1 and September 7.

On the contrary, in the absence of good showers, Marathwada is standing rain deficient by 18% as of September 7.