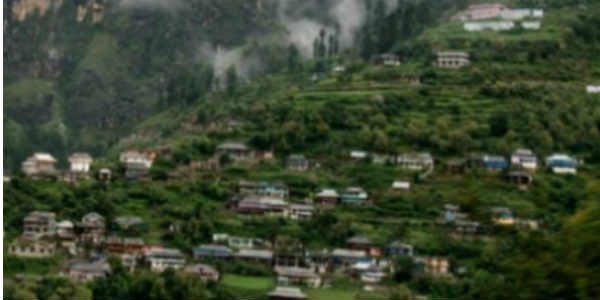 During the month of October, when the plains of India witness the least amount of rains, all the three hilly states of North India i.e. Jammu and Kashmir, Himachal Pradesh and Uttarakhand observes rise in weather activities and even snow over the higher reaches.

After Monsoon withdraws, October is the first month to commence with the change in weather conditions i.e. from Monsoon to winters over the hills. Weather activities are less over the lower and mid reaches of all these states. Meanwhile, the stations that are located above 10,000 ft tend to observe more rainfall activities.

However, this year the month of October has not performed well over the hills of North India. In fact, since the last 3 years, these hilly states have shown very poor rainfall performance.

Let us have a look at the rainfall surplus/deficiency since 2015 in October over Jammu and Kashmir, Himachal Pradesh and Uttarakhand.

Thus, we can say that, rainfall performance has mainly remained poor to very poor over all the three states. However, on a few occasions such as in 2015 Jammu and Kashmir was largely rain surplus.

Jammu and Kashmir: With 43% deficiency, this year the entire state of J&K remained deficient to largely deficient. Except a few districts such as Bandipora that is rain surplus by 82%.

Uttarakhand – This state is the worst performer in term of rain with a deficiency of 94%. Similar to Himachal all the districts in this state are largely rain deficient with more than 85% deficiency. Many districts such as Almora, Chamoli, Utkarshi are deficient by almost 100%.