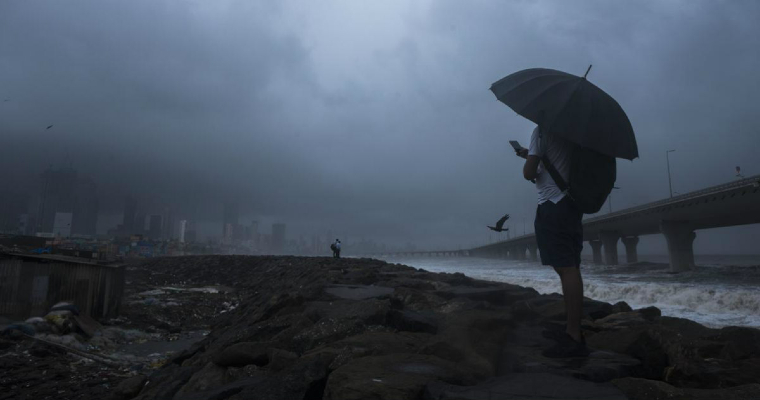 Back-to-back La Nina was witnessed in 2020 and 2021. The event which commenced with the quarter July-August-September (JAS) 2020, measuring Oceanic Nino Index (ONI) at -0.6°C, continue till now. There was a short drop to the threshold of -0.4°C in 2 quarters of May-June-July and June-July-August 2021. Earlier, ONI had peaked to -1.3°C in October-November-December 2020 and its current evaluation stood at nearly -1.0°C. For the La Nina episode to cease, the ONI averaged over 3successive months need to drop below -0.5°C. Since water does not lose or gain memory steeply, the further fall is going to be gradual to call the La Nina to watch ‘over’.

ENSO: The ongoing La Nina is expected to go through a transition to neural through late spring or early summer of Northern Hemisphere 2022. The sea surface temperatures are dropping in the equatorial Pacific but the distribution continues to remain uneven. While the deep ocean over the central parts seems to have stabilized, the coastal indices continue to drop below the threshold for nearly 4 weeks now. The climate models suggest an imminent rise of heat potential across the equatorial Pacific, though the timing somehow remain oblivious.

Regardless of whether the La Nina threshold is sustained for 3 months or for a shorter period, the presence of La Nina / El Nino/ Neutral like patterns in the Pacific influences the rainfall distribution. The impact need not be proportional to the strength of the event. Merely, the sign of change itself suffice shades of different weather over most parts of the globe and more so for Indian Sub-Continent during the Indian Summer Monsoon. 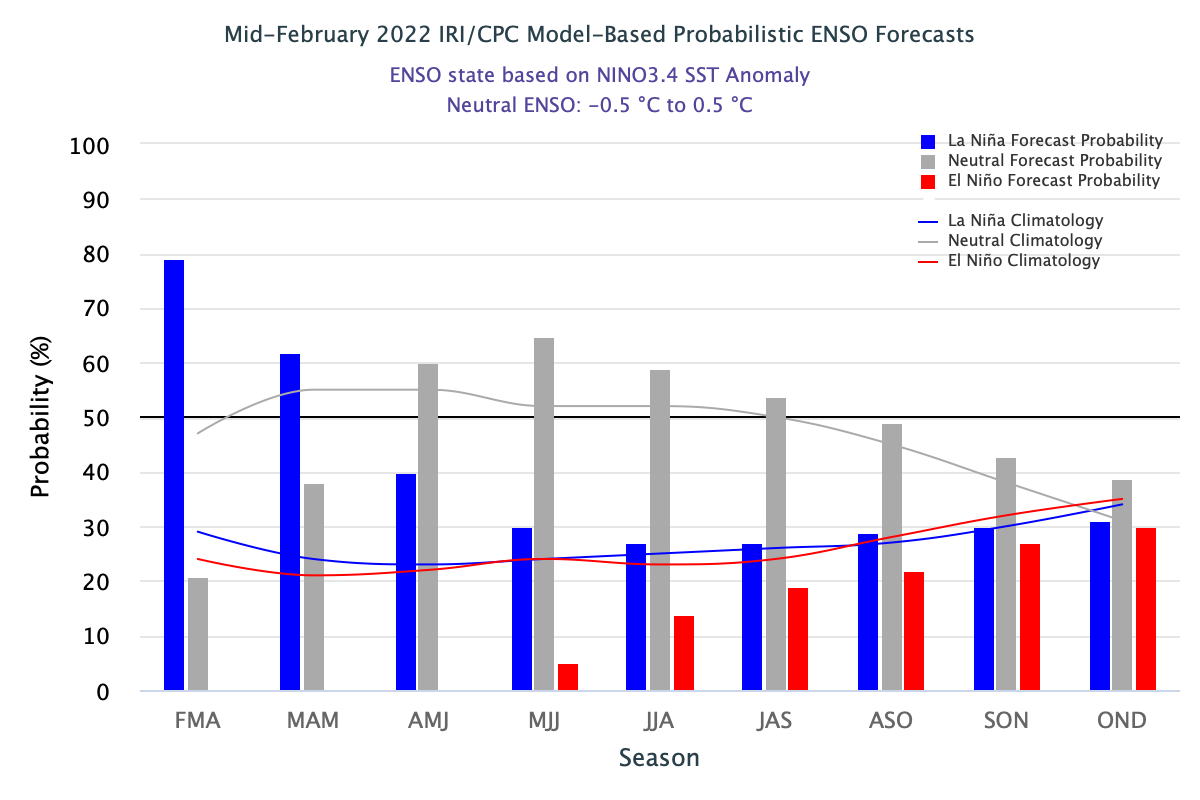 MJO: Madden Julian Oscillation is an eastward progression of cloud and rain traversing along the equatorial region. It has a minimal role during the winter season and marginal in the pre-monsoon during March and April. Its impact enhances exponentially during the monsoon season. Till recently, the MJO was meandering over the West Pacific and Maritime Continent with moderate amplitude. Now, it is likely to move over the Indian Ocean in phases 2 &3, albeit with limited amplitude, mostly remaining in the inner ring. Accordingly, the pre-monsoon activity may enhance a bit over the Indian Seas and South Peninsula.

IOD: Indian Ocean Dipole remains neutral and very close to the -ve threshold. The latest weekly value of the IOD index to 27th Feb was -0.46°C. The IOD typically has very little influence on tropical weather between December and April. 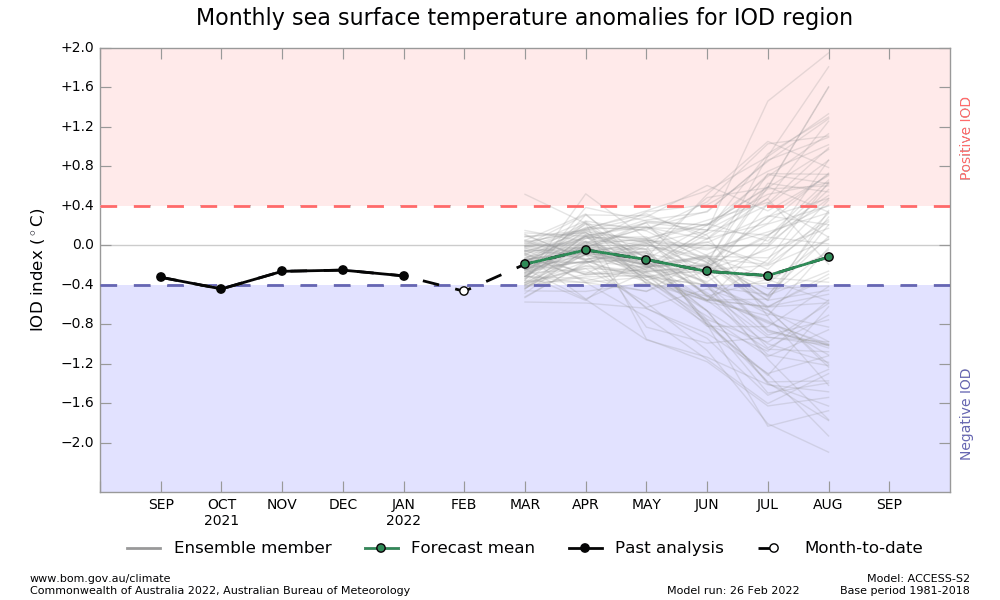 There is a model consensus for this index to inch closer to 0°C over the next 2 months and recede again to the -ve threshold by June. 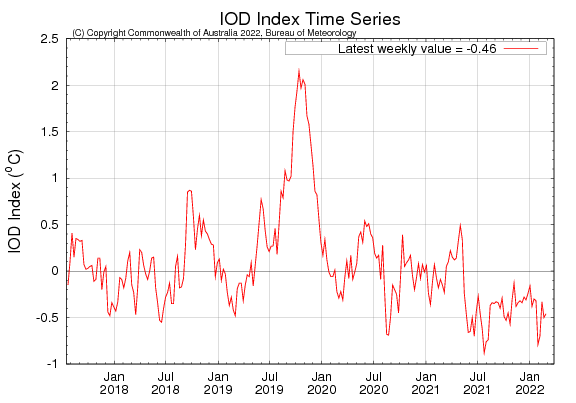 All the 3 oceanic parameters (ENSO, IOD, MJO) have a strong influence on the Indian Monsoon. They have to strike a judicious balance, even when diverse, for a benign season. Preliminary indications do point towards a normal monsoon for the Indian sub-continent.