Rain and hailstorm likely in Punjab, Haryana parts of Rajasthan and Delhi around Nov 26, 27 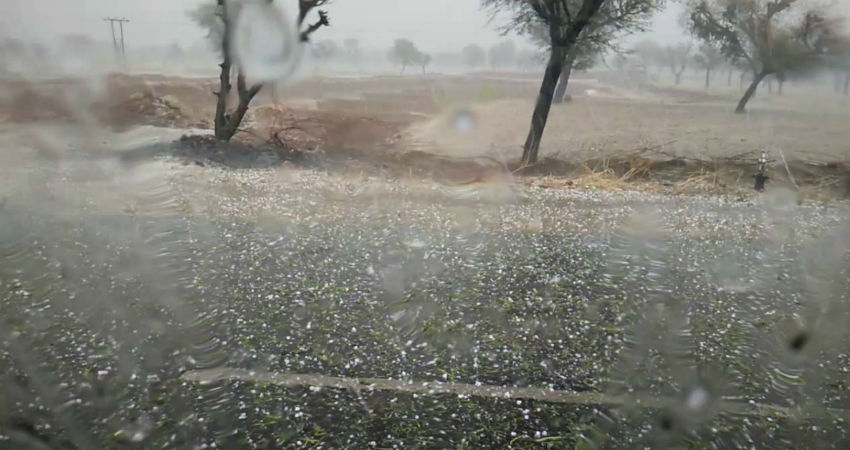 The Northwestern plains of our country have witnessed a rise in the minimums from November 11 to November 16 in the wake of a change in wind direction. During this time the successive Western Disturbances were moving across the western Himalayas. However soon after the moving away of these successive Western Disturbances (Nov 17 onward), the northwesterly winds blowing from the icy cold mountains of Ladakh, Jammu and Kashmir, and Himachal helped in bringing the minimums down by three to four degrees over Delhi and NCR and by three to five degrees over Punjab, Haryana and North Rajasthan.

The pollution levels were also at its peak between November 11 to November 15 in wake of light winds and increased humidity levels.

On November 21 and 22, there will be widespread rain and snow over the Western Himalayas and the winds over the northwestern plains will be light. In wake of these light winds and partly cloudy sky, we expect the temperature of northern plains to increase once again by a couple of degrees.

By November 23, this Western Disturbance will start moving away. Another intense Western Disturbance will approach the Himalayas around November 26 with an induced Cyclonic Circulation over Central Pakistan and adjoining Northwest Rajasthan. Thus, we can expect rain and thundershowers with isolated hailstorm activities over Punjab, Haryana, North Rajasthan as well as over the parts of Delhi and NCR on November 26 and 27.

These rains are expected to further pulldown the day and night temperatures over the northern plains. However, we have to wait and watch the intensity of rain over Delhi and NCR which will help in deciding the Air Quality over the capital city.