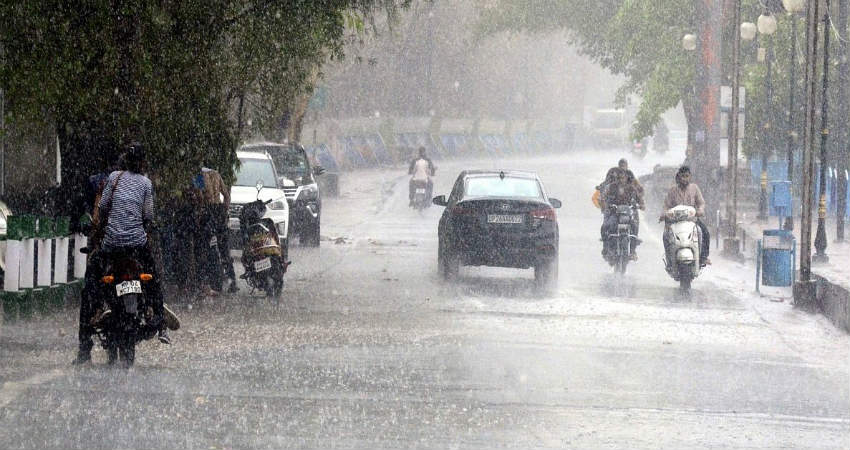 The southern parts of Chhattisgarh like Jagdalpur recorded moderate rains of 13 mm in a span of 24 hours from 8.30 am on Thursday. However, isolated light rains occurred over the central parts of Chhattisgarh. The weather of Madhya Pradesh is dry for the last many days. Now, a Low-Pressure Area has formed over the Arabian Sea and a Trough from this system is extending up to Southeast Madhya Pradesh. Thus, now rains will increase over Chhattisgarh and isolated showers will be a sight over South and Southeast Madhya Pradesh, today.

On October 19 and 20, rains will increase over parts of Madhya Pradesh, particularly the southern and eastern districts. Places like Khargone, Betul, Harda, Hoshangabad, Chhindwara, Seoni, Balaghat, Mandla, and Jabalpur may receive patchy showers. These rains will not be heavy and only light rain with one or two moderate spells may be a sight.

Bhopal may see isolated light rain while Indore will observe light rains in most parts. By October 21, rains will vacate from Madhya Pradesh and until October 22, rains will continue over Chhattisgarh on an intermittent basis. Particularly the southern districts like Sukma, Bijapur, Narayanpur, Dantewada, Jagdalpur may see light to moderate showers until October 22.