Rain in Mumbai to remain light for some more time 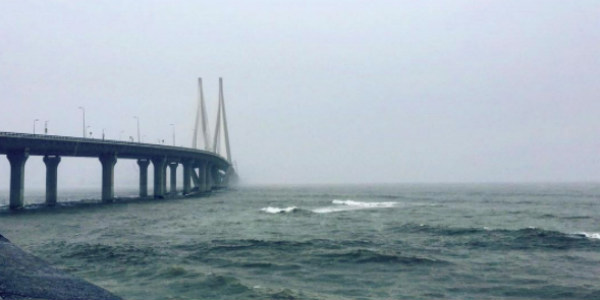 Mumbai rains are on a high during the Southwest Monsoon season. The city records more than 70 percent of its rains during the four-month affair only. In fact, the city also sees four-digit rainfall on some months. Such was the case this time when Mumbai rains were lashing the city resulting in hefty showers and waterlogging and flooding conditions over many parts.

Heavy showers were witnessed over the city of Mumbai during the first half of July when Mumbai had even surpassed the 1000 mm mark along with crossing its monthly mean as well in half the time only. However, the second half of July was rather poor wherein the city only managed to record around 200 mm of rainfall.

During the last 24 hours from 8:30 am on Saturday, Colaba in Mumbai saw 18 mm of rains while Santa Cruz observed 8 mm of rainfall.

Now, as per weathermen at Skymet Weather, Mumbai rains are expected to continue and light to moderate showers may be seen over the city during the next 24 hours.