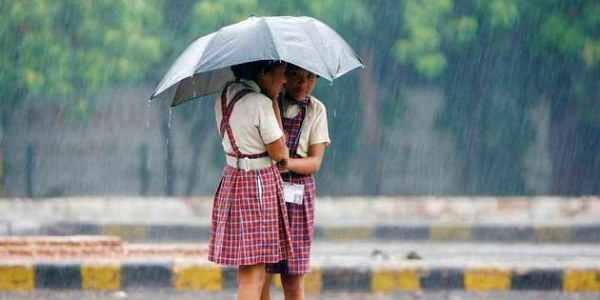 The ongoing rains over Odisha and West Bengal will slow down a little today after pouring down heavily for the last four days. According to weathermen  at Skymet Weather, the rains will be isolated today, with the intensity and speed reducing simultaneously. Gradually the rains will shift eastwards covering Coastal Odisha and isolated places in West Bengal. By tomorrow, the weather would clear up and will remain clear for at least next three days until the next weather system arrives.

West Bengal and Odisha have been witnessing heavy to very heavy rainfall for the last four days with both the states receiving an extended wet spell. At first the rains were concentrated upon north-coastal parts of Odisha and Gangetic West Bengal, later on covering entire duo states. While cities of Kolkata, Midnapore, Diamond Harbour, Digha, Sambhalpur have been receiving rains since the start of the recent spell, now places like that of Bankura, Shanti Niketan, Gopalpur, Puri and Bhubaneswar have joined the league- receiving good rains in the last 24 hours.

Rainfall in the last 48 hours has pushed the rainfall figures for West Bengal into big surplus i.e. from -13% to +50%. Today’s data is yet to arrive wherein figures would be sliding into 70% mark even. Odisha which was running highly rain deficient has now improved from -49% to -47% as of yesterday.