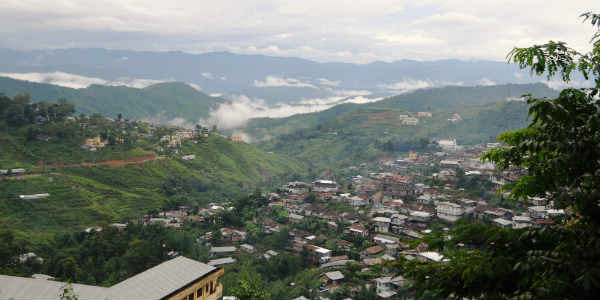 The State of Nagaland has been observing light to moderate rainfall for the past few days or so. In fact, a few of the major cities have also recorded some rainfall activity.

During the last 24 hours from 8:30 a.m on Saturday, the capital city Kohima saw 34.4 mm of rainfall. Other parts of Northeast India also witnessed good rainfall activity during the same time frame.

The reason for these rainfall activities is attributed to back to back Western Disturbances moving across Eastern part of Tibet. Its associated upper air cyclonic circulation persists over Southern parts of Assam in the lower levels.

Simultaneously, another upper air trough is extending from sub Himalayan West Bengal up to Odisha coast. All the systems are providing moisture over the State of Nagaland.

Therefore, as per weathermen at Skymet Weather, the State of Nagaland is expected to receive light to moderate rainfall during the next few days.

Cities of Kohima, Mon, Zunheboto, Wokha, Dimapur, Peren, Phek and a few other may see rains during this period. As far as the temperatures are concerned, they will settle close to the normal levels and major fluctuations in both the maximums and the minimums do not seem very likely during this time.