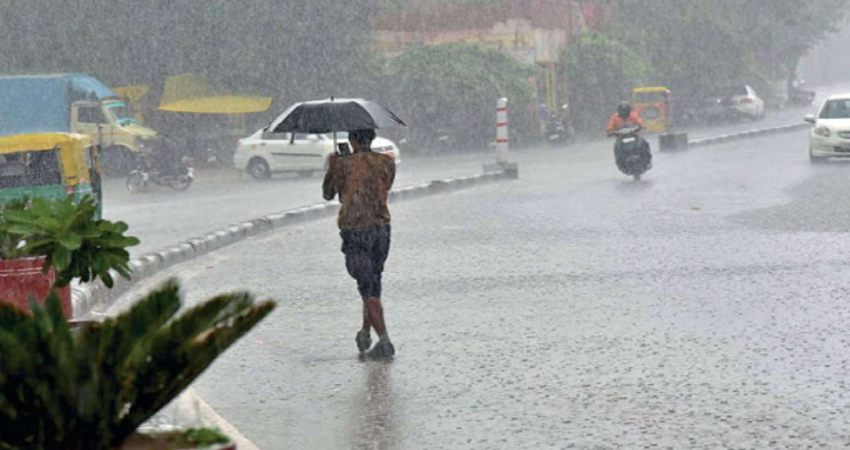 At present, a Western Disturbance is over North Pakistan and adjoining areas. And, a cyclonic circulation is over the central parts of Rajasthan. Due to the presence of this cyclonic circulation and the moisture incursion from the Arabian Sea, many parts of South and West Rajasthan have been experiencing light to moderate rain and thundershowers during the last 24 hours.

For instance, Jaisalmer recorded 17 mm of rain, and Jodhpur observed 3 mm of rain. Similarly, Barmer received rain of 6 mm, while Udaipur 2 mm of rainfall. Meanwhile, isolated rain and thundershowers also occurred over the rest of the other parts of Rajasthan.

Now, we expect these ongoing rains to continue today as well in the western and eastern parts of Rajasthan. Places like Jaisalmer, Jodhpur, Barmer, Udaipur, Chittorgarh, Kota, Bundi and etc are all likely to observe scattered light to moderate rain and thundershower activities.

Also, we expect back to back Western Disturbances (feeble in nature) to approach, but they will continue to further induce cyclonic circulations over Rajasthan and adjoining areas. Moreover, the moisture feed from the Arabian Sea will remain intact, further leading to patchy rains. Isolated hailstorm activities also cannot be ruled out.

The temperatures are expected to observe a dip by three to four degrees Celsius during the same episode of this rainy spell. And, the maximum temperatures will start increasing after March 27.