Rains visit Delhi for the first time in the year, more rains and colder weather ahead 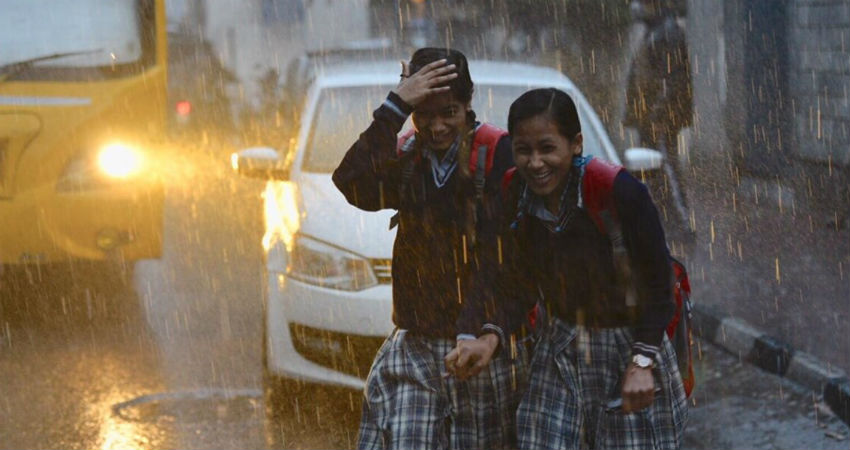 Delhi recorded its first rain of the year yesterday. Yesterday, the sky remained mainly cloudy towards the evening and night hours and the city received trace light rains at a few places.

At present, a Western Disturbance is moving across the Himalayan region. Also, its induced Cyclonic Circulation is prevailing over Northwest parts of India.

Light activity is being forecast over the city today as well. Already rain and thundershower has begun over multiple places in Delhi and will continue for the next two hours over New Delhi, West Delhi, South Delhi, North Delhi, Central Delhi, East Delhi, Noida, Ghaziabad, Faridabad, Sonipat and Panipat.

The current spell is a three-day long spell and will continue until tomorrow. A few places might even receive hailstorm activity as the length of rain activity prolongs leading to a dip in temperatures.

Cold day conditions are likely to continue today as well. Moreover, a further drop in temperatures is likely over the region today. Tomorrow, an even bigger drop in day temperatures will be seen over the region. On the other hand, minimums will increase and might even reach into double digits today and tomorrow. These might however, go down into single digit once again soon after.

January and February are usually the rainiest for Delhi in Winters as compared to November and December. Rains, however, recede considerably in March. On an average, Delhi sees six to seven rainy days in the month of January.

As a matter of fact, Delhi is also the coldest in January both in terms of maximum and minimum temperatures, comprising the maximum instances of Cold Day and Cold Waves. In fact, Cold Days are invariably followed by Cold Wave.