Rainy Lohri ahead for Delhi, Noida, Gurugram, Ghaziabad and Faridabad 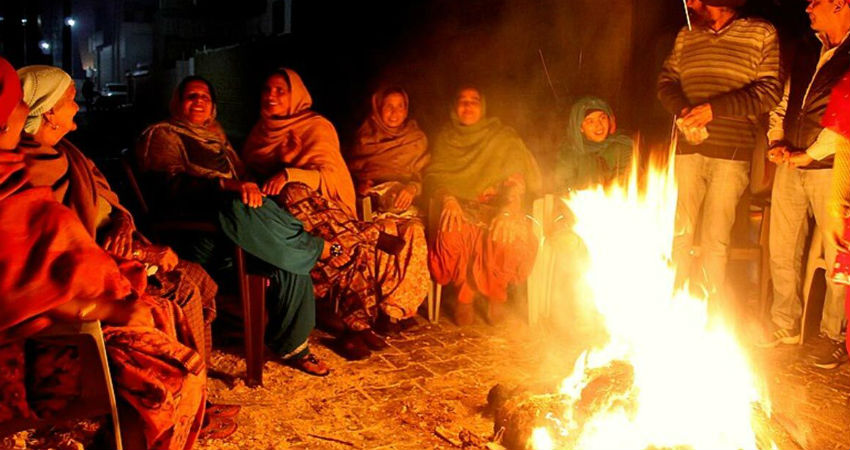 As predicted by Skymet Weather, the minimums of Delhi and NCR have increased owing to the Western Disturbance that had finally approached the northern hills. The induced Cyclonic Circulation of this system can be seen over Central Pakistan and adjoining Northwest Rajasthan.

Due to the combination of these two, wind pattern could be seen changing across the northwestern plains, leading to an increase in the temperature pattern.

Amidst rising temperatures, one can also see medium and high clouds approaching Delhi and NCR. And cloud cover is expected to increase as the day progresses.

The weather models are indicating chances of patchy rain in the National Capital Territory during late-night hours today or by the morning of January 13. And it is going be a rainy Lohri for Delhiites. However, we do not expect rains to play a spoilsport as the intensity would not be that heavy.

By January 14, the Western Disturbance would move away and soon after its exit, the weather may go dry in Delhi and adjoining region. Post this episode, moderate to a dense layer of fog is likely to take over Delhi, Noida, Gurugram, Ghaziabad and Faridabad.

Another fresh Western Disturbance will trigger rains in the region around January 17 and during this period one or two intense spells cannot be ruled out. There may be some disturbance in the form of water-logging leading to traffic jams in parts of the city.

Meanwhile, AQI is expected to settle between ‘moderate and poor’ category for the next few days.