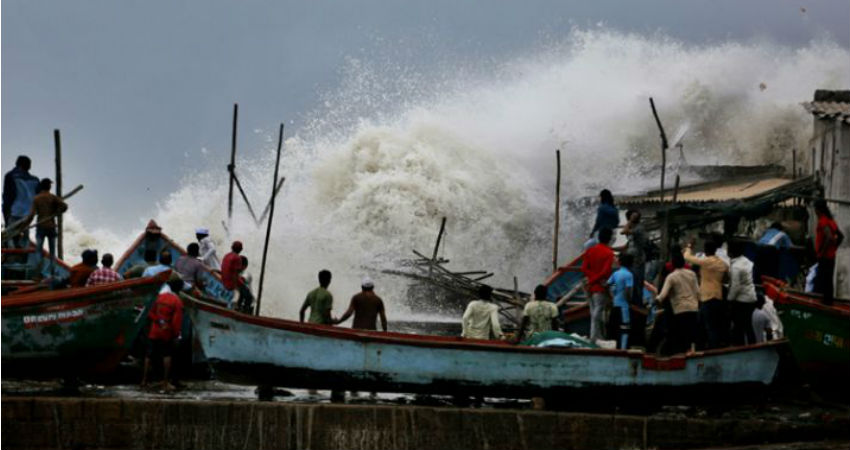 As predicted by Skymet Weather last night, the very severe cyclone Vayu had changed its track overnight and it would now just skirt the Gujarat coast. However, as the system is sustaining strength of category 2 typhoon, Gujarat continues to be under red alert.

According to weathermen, Gujarat might have escaped the Cyclone Vayu fury but it remains susceptible to heavy to very heavy rains along with damage potential winds. Areas such as Amreli, Gir Somnath, Diu, Junagarh, Porbandar, Rajkot, Jamnagar, and Dwarka would see widespread rainfall with heavy to very heavy rains. Few places might also see extremely heavy rains today leading to inundation in low lying areas. 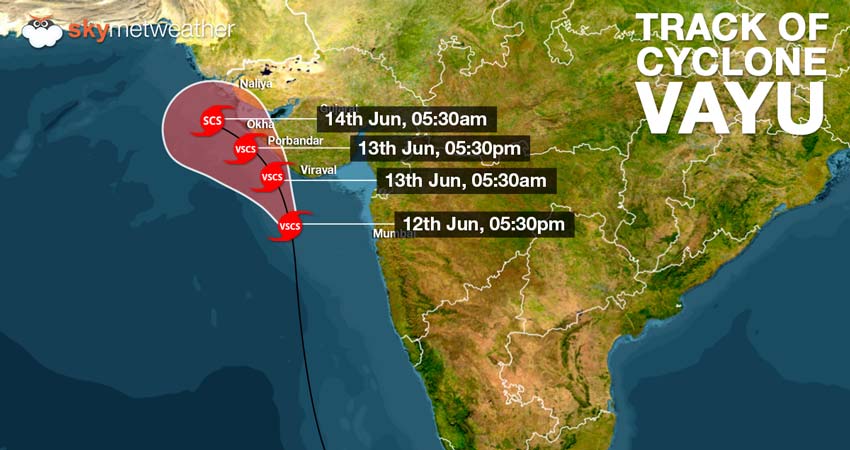 Cyclone Vayu is presently centered at Latitude 20.3°N and Longitude 69.5°E over northeast and adjoining east-central Arabian Sea, about 130 km south-southwest of Diu, 90 km southwest of Veraval and 130 km nearly south of Porbandar.

In fact, other cities of Gujarat region such as Ahmedabad, Gandhinagar and Surendernagar might also see good rains with few isolated heavy rains.

Damage potential winds with the speed of 135 kmph-145 kmph gusting up to 160 kmph likely by the afternoon of June 13. Sea conditions would remain very rough during the next 24 hours and fishermen and locals are advised not to venture out in the sea.

“Vayu would not hit Saurashtra coast but would pass by the coast very closely. By afternoon, the system would only be at a distance of 80 to 100 km. Thus, it would affect Gujarat coast, wherein damage is a possibility,” said GP Sharma, President- Meteorology and Climate Change, Skymet Weather.

Extensive damage can be expected to Kutcha houses. Pucca houses are also likely to suffer some damage. Uprooting of trees, power and communication poles are expected and pose a potential threat to lives. Crop damage is also likely.

As per weathermen, Cyclone Vayu after passing by the Gujarat coast would encounter with an anti-Cyclone over North Arabian Sea, which would not let it progress further. Also, because of the close proximity of the coast line, first Gujarat coast and then Karachi coast of Pakistan, Vayu would start weakening gradually.

However, the very severe Cyclone Vayu is going to stay put for at least 2 days over the area before dissipating in the sea only. In this process, Karachi coast would see heavy rains on June 13 and 14.

Meanwhile, rain in Gujarat would see a declining trend from June 14 but few places would continue with heavy to very heavy rains.

Weather update and forecast for December 10 across India

Delhi continues with its dry weather streak, minimums to remain in single digit