Rise in minimums over UP likely; cold wave conditions to improve further 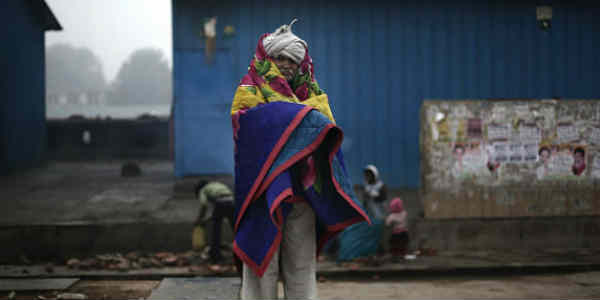 Dry and cool north-westerlies are blowing over the entire state of Uttar Pradesh. During the last 24 hours, moderate to dense fog was observed over western and central parts of the state. Moreover, cold to severe cold wave conditions persisted over these parts.

On Saturday, the lowest temperature in the country was recorded in Muzaffarnagar at 0.4℃.Further, a marginal drop in minimums was also observed over most parts of the state.

However, a change in wind pattern is expected during the next 24 hours. Soon, winds would become light and as a result, minimums are expected to rise over central and western parts of the state. Further, a rise in minimum temperatures would also improve cold wave condition over many parts of the state.

However, parts of northwest Uttar Pradesh as well as adjoining foothills will remain unaffected by these light winds and will continue to remain under the grip of cold wave condition. Further,eastern districts of Uttar Pradesh will witness below normal temperatures during morning hours along with light to moderate fog appearing over the region.

Moreover, sunny sky with pleasant day condition would prevail. However ,during afternoon hours, little haziness would set in over southwestern and western parts of the state.