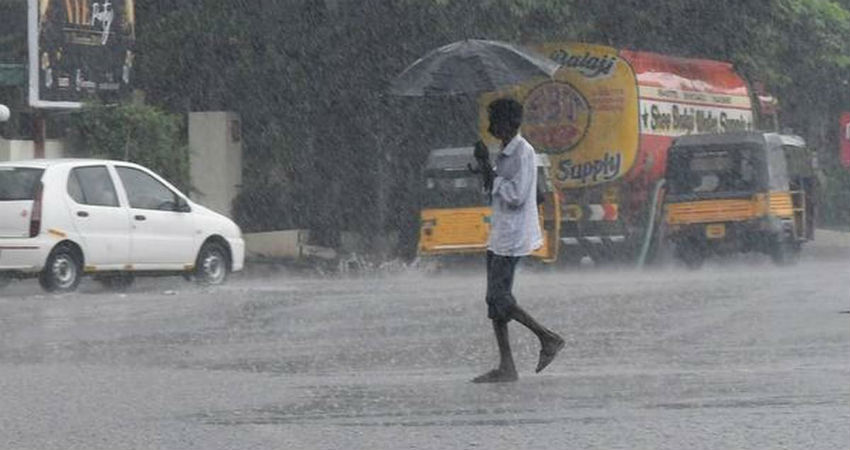 Northeast monsoon has remained mild over most parts of South Peninsula during the last 48 hours. Similar conditions will persist for another 24 hours and minimal rainfall is expected over all the 5 sub-divisions. However, weather activity is going to pick up from 11th November starting with Coastal Andhra Pradesh and Coastal Tamil Nadu. Subsequently, all the 5 sub-divisions including Kerala, Rayalaseema and South Interior Karnataka will experience fairly widespread moderate rain and thundershowers between 11th and 15thNov.

Tamil Nadu, the major beneficiary of northeast monsoon has a huge shortfall of 44% and the state of Kerala also runs with a deficit of 32%. It is nearing halfway through the season and the typical monsoon activity is yet to pick up. However, the conditions seem to be building up to have spiked in the rainfall, more so for eastern half comprising of Tamil Nadu and Andhra Pradesh. The other pockets will have a smaller share with least activity over South Interior Karnataka.

A cyclonic circulation is marked south of Sri Lanka in the equatorial region with a trough extending northward. The westward shift of this feature is going to cause a prolonged wet spell between 11th and 15th November and may get extended for another day or two. Coastal parts of Tamil Nadu and Puducherry are expected to have a soaking spell for a considerable duration. Chennai, Karaikal, Cuddalore, Nagapattinam, and Puducherry are likely to observe heavy rainfall accompanied with lightning and thunderstorm during this period. The furious rains may cause disruption in communication and connectivity affecting rail, road and air traffic simultaneously. Also, few stations of Andhra Pradesh like Nellore, Ongole, Kavali, Bapatla, and Machilipatnam will also fall on the peripherals of intense weather ring along the coast.

Weather update and forecast for November 10 across India