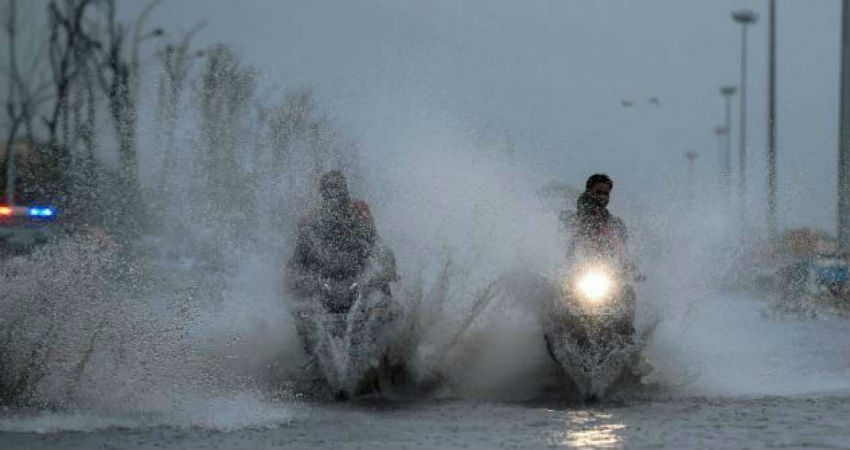 Moderate to heavy rains continued over many parts of Tamil Nadu on the consecutive third day. During the past 24 hours even, Chennai witnessed heavy rains of 45 mm whereas Kodaikanal recorded 27 mm of rainfall, and Tondi 17 mm.

Presently two weather systems can be seen in the surrounding of South India. One is the Well-Marked Low-Pressure Area over Southeast Arabian Sea and adjoining equatorial Indian ocean which is likely to move in northwest direction and will subsequently intensify into a Depression. Another system is the Low-Pressure Area over the Arabian Sea. This system will as well intensify further and will move in the northwest direction. These systems are responsible for giving heavy rains over Kerala, South Andhra Pradesh, and Tamil Nadu.

However, as these weather systems will gradually move in the northwest direction, the intensity of rains will take a dip in Tamil Nadu.

Today, on December 2 we expect moderate to heavy rains over the southern districts of Tamil Nadu. Whereas the rain intensity is likely to decrease over Chennai and North coastal stations of Tamil Nadu along with North Interior Tamil Nadu.

By tomorrow, there will be a significant decrease in the rainfall activities over the entire South Peninsular region inclusive of Tamil Nadu. Yet light scattered rains will be seen with one or two moderate spells. However, heavy rains are not likely to make a comeback anytime soon.

These heavy rains have resulted in some serious waterlogging. In the wake of this, schools and colleges have been shut in Chennai and Tuticorin.

Also, the Chennai Corporation has set up a helpline for waterlogging and complaints of falling trees. Chennai Corporation also said in a statement that 176 relief centres have been set up across Chennai. Boats have also been kept ready at 109 locations to evacuate people if needed.

These torrential rains have created havoc and even took a toll on life and property. Amidst heavy rains in Coimbatore, at least 17 people have been reported dead in three separate incidents when their houses collapsed in Mettupalayam near Coimbatore district today. Rescue operations are underway to help secure the remaining residents.

Weather update and forecast for January 20 across India