The deep depression in the Bay of Bengal, just one step away from the potential storm, will hit the shores of Andhra Pradesh within 24 hours 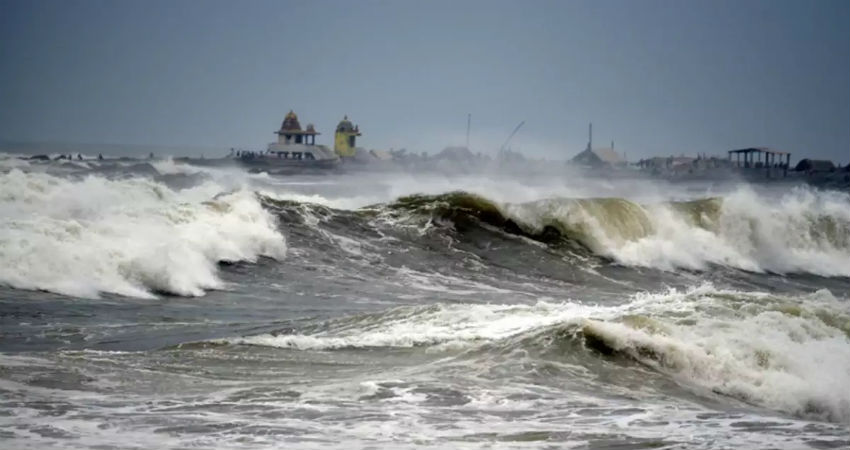 Depression in the Bay of Bengal has become a deep depression. It has moved in a western and northwest direction at a speed of about 3 kilometres per hour in the last 6 hours. It is just one step behind the capacity of the cyclonic storm. Its effect can be felt in the coastal parts just like a storm. This afternoon the system was 280 km southeast of Visakhapatnam in Andhra Pradesh, 320 km east-southeast of Kakinada and 360 km east-southeast from Narasapur.

In the last 24 hours, the systems speed has decreased, due to which it is expected to be more effective. The system will continue to move in the western and northwest direction and its landfall south of Kakinada on the coasts of Andhra Pradesh may occur in the morning of 13 October.

Already heavy rains have started on the shores of Andhra Pradesh. There is a possibility of heavy rains and stormy winds in the cities of coastal Andhra Pradesh during the next 24 hours. East and West Godavari, Visakhapatnam, Vizianagaram, Srikakulam and Kakinada will be on the radar of this system and maybe the most affected areas. Torrential rains are also forecast in southern Odisha districts of Gajapati, Ganjam, Koraput, Rayagada, Malkangiri and Puri today. Normal life can be affected by this rain.

Due to the impact of the depression, the movement in the Bay of Bengal from southern Odisha to coastal parts of Andhra Pradesh and northern coastal Tamil Nadu will be very high, warning to postpone maritime activities on at least 12 and 13 October. Winds are also blowing at 40-50 km per hour in these parts.

Deep depression will weaken after landfall. First, this depression will occur and after that, it is likely to turn into a low pressure area. During this time it will continue to move in the western and northwest direction and cross Telangana and reach Maharashtra. Moderate to heavy rains will begin in Telangana and Vidarbha and Marathwada on October 12 and torrential rains will occur at many places in these parts on October 13.