The plight of rain deficient agri leaders, Punjab and Haryana 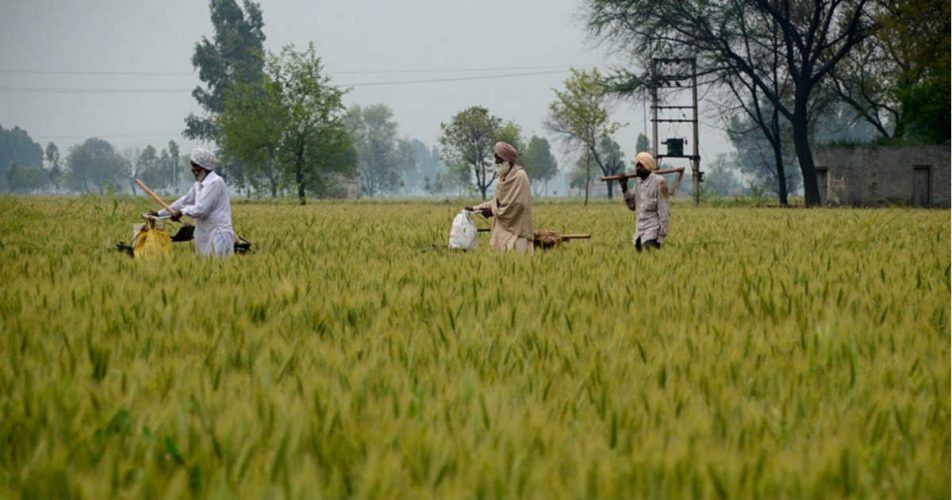 Punjab and Haryana are the two most agri intensive states of India with record production of both Kharif and Rabi crops. Good rains over the states mean a bountiful production and boom for agri-products.

However, as a matter of fact, neither of the states has seen good Monsoon rains for the last many years. Countrywide, however, the Monsoon season is panning towards a normal rain performance. On the contrary, Haryana and Punjab have been the biggest sufferers.

Here's a detailed graphical representation giving an idea of Monsoon performance in both Punjab and Haryana, starting from 2009. 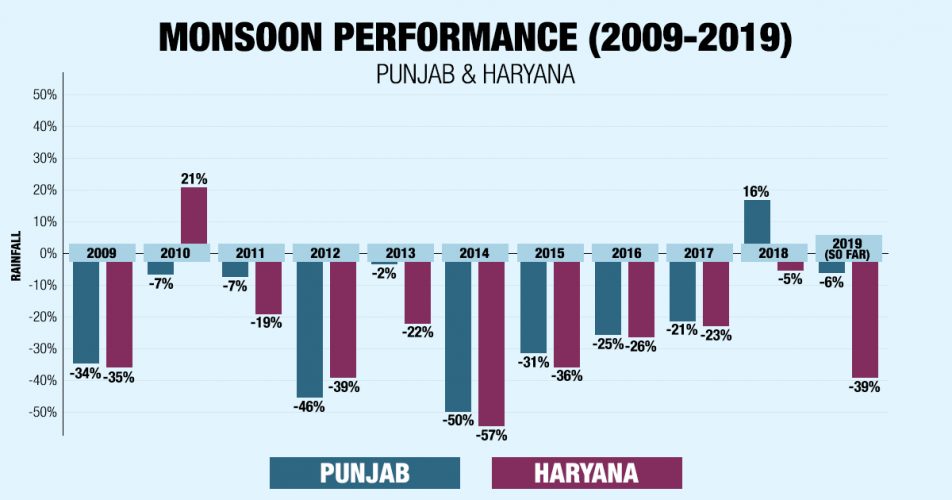 Looking at the above graph, we can infer-

- The state of Haryana has been the worst sufferer.

- Both states of Punjab and Haryana are co-located but a simultaneous good rain performance year is rather rare.

- Since, 2009, either of both states have performed satisfactorily precisely in just two years. 2010 remained good for Harayana, while for Punjab it was back in 2018.

- An almost 50% rain deficiency has been recorded in both the states in 2014.

Considering the case of Haryana-

The worst performing districts were that of Panchkula and Rohtak with a whopping 64% and 70% rainfall deficiency, respectively.

The districts of Panipat, Sonipat, Jhajjar, and Fatehabad also fared 59%, 52%, 55% and 58% deficiency respectively. Rest all districts are reeling under the deficiency of 30-50%.

The state of Punjab is also running deficient till now. Punjab, however, has a mixed scenario with shades of 'excess', 'normal' and 'deficient' Monsoon. Best performing districts this season are Kapurthala (rain excess by 132%), Patiyala, Bhatinda, and Mukhtsar which all have fared excess rainfall figures. On the contrary Ferozpur (-47%), Amritsar (-37%), Hoshiyarpur (-36%) and Sangrur (-32%) remained rather rain deficient. Rest districts are within the normal range.

But what could have been the reason for this plight of Punjab and Haryana this Monsoon? Let's find out-

There are three major factors that affect the Monsoon-

The reason for the failure of Monsoon over Punjab and Haryana this time can be traced back to the Southward track taken by Monsoon systems. Monsoon systems, in turn, control the Monsoon Trough as well. Rather than traveling northwestwards, the track of systems remained a little southward and more towards the West, the reason why the rain activity remained confined in the central parts of the country.

Now as the country is already approaching the withdrawal of Monsoon, the probability is that both Punjab and Haryana are going to remain deficient this year. Moreover, the deficiency might even be dragged further.

However, as both states of Punjab and Haryana have a good back up of water resources, the states might just be able to meet their requirements.