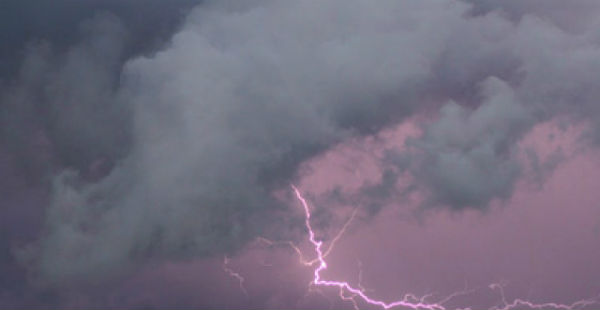 Thunderstorm and lightning strikes claimed forty lives in distinctive parts of Uttar Pradesh, Bihar, and Jharkhand on Monday. Out of this, Bihar suffered the major loss of 19 lives along with 12 in the neighboring state of Jharkhand. In addition to this, 28 injuries were reported because of lightning strikes.

The storm also struck Uttar Pradesh where nine individuals were reportedly killed in the districts of Unnao, Kanpur and Rae Bareli.  As per Skymet Weather, the high-velocity winds also uprooted trees, electric poles and led to power outages in various parts of the affected regions.

In fact, Skymet Weather has predicted another spell of thunderstorm and dust storms along with strong winds and lightning to affect parts of East Uttar Pradesh, Bihar, and Jharkhand in the next 24 hours. Wind speed would be around 50 km/hour, gusting at 70 km/hour. However, the wind speed and intensity of these thunderstorms would be more over Bihar and Jharkhand as compared to Uttar Pradesh where it is likely mainly over the to affect places like Barabanki, Gorakhpur, Azamgarh, and Kushinagar.

The rescue work has been going but with more inclement weather on cards, people are advised to stay cautious and remain indoors as far as possible.