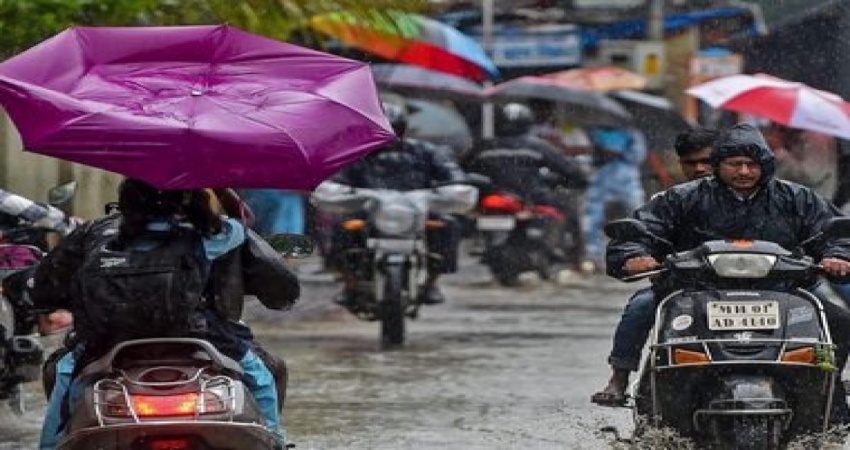 Gujarat is all set to record rains and thundershowers this week, which is quite unusual during this time of the year. Normally, entire Gujarat remains dry during the month of November as the state remains far from weather systems. It is only in the case of the any cyclonic storm forming in Arabian Sea that travels up to Gujarat that brings rains. Similar weather conditions can be seen over Gujarat at present.

According to Skymet Weather, remnants of the Cyclone Maha can be seen as a trough running from Northeast Arabian Sea to Gujarat. The weather system is likely to interact with  Western Disturbance over Jammu and Kashmir and its induced cyclonic circulation over Central Pakistan and adjoining Southwest Rajasthan. In wake of this, moist winds would be reaching Gujarat as well as West Rajasthan.

As per weathermen, whenever several systems co-exist in the close proximity, the movement of these weather systems become slow and thus, resulting in prolonged activities. Isolated light rains may commence by tomorrow, intensifying thereafter. On November 13 and 14, many parts of Saurashtra and Kutch as well as a few districts of Gujarat region may receive rain and thundershower activities. Intensity of rains would be more over Gujarat and Kutch.

Rains are likely to dissipate by November 15, where in trough would fade away and Western Disturbance and its induced cyclonic circulation would also clear away the region. Also, there would be change in the wind pattern from moist southwesterly to westerlies, cutting off the moisture incursion. With all this rains would gradually reduce on November 15 but isolated light rain cannot be ruled out. Weather would clear up completely November 16 onward.

Prior to this, scattered light to moderate rain were recorded over many parts of Gujarat until November 5 in the wake of Cyclone Maha. But since the weather of Gujarat remained almost dry. Now, another spell of unseasonal  rains are expected to commence over Gujarat soon.