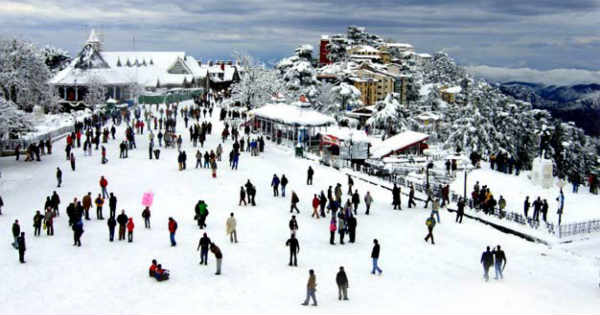 The Southwest Monsoon officially withdraws by September 30 but practically its presence is even felt in October over some parts which can also be experienced beyond mid-October as well. And, in the month of October we officially announce the onset of Northeast monsoon which at times initiates towards the month-end.

The transition phase gets completed in November, i.e. by this time the Southwest Monsoon completely withdraws and there is an onset of Northeast monsoon. The month of December is dominated by two major activities; there is winters in the north and Northeast Monsoons are witnessed down in south. They both have opposing faces, meaning there by winters are on increase in north and in South, the Northeast Monsoon inches towards the withdrawal.

By the fag end of December, winters tighten its grip over North and northwestern plains of the country. Various weather conditions are witnessed during this time. Northern parts of the country experiences thick/dense fog, hailstorms, snowfall activities, fall in temperatures etc. Thus, we can say that by the end of December we get to see white Christmas.

Fog disrupts rail, road and air activities. In North India we frequently get to witness that the minimums go to single digit number and sub-zero over the hills.

December is the month when central parts of the country starts experiencing winter like conditions. The widespread snow over the hills penetrates cold waves in the plains which further travels and covers central parts of the country. This works like a domino effect which leads from one activity to another. In Central parts, Madhya Pradesh, Maharashtra, specially Vidarbha, Marathwada and Telangana starts experiencing winter like conditions. At times, the temperature comes down to single digit.

By the fag end of this month, the Northeast Monsoon takes a backseat and is on the verge of withdrawing.

This is also the time when the stormy season says goodbye to the Indian Seas. Cyclones are on a receding note in the month of December.

In Northeast, the severity of winters is not much in comparison to northern and northwestern plains of the country. We don't have a vast range of mountains as we have up in the north. By the virtue of its geographical features, northeastern states of the country have a very heterogeneous kind of weather conditions. Generally, the higher reaches of Arunachal Pradesh witness snow whereas Shillong experiences no snowfall activity.

From agriculture point of view, on account of drop in night temperatures, frost becomes a regular feature which is certainly not considered good for crops.