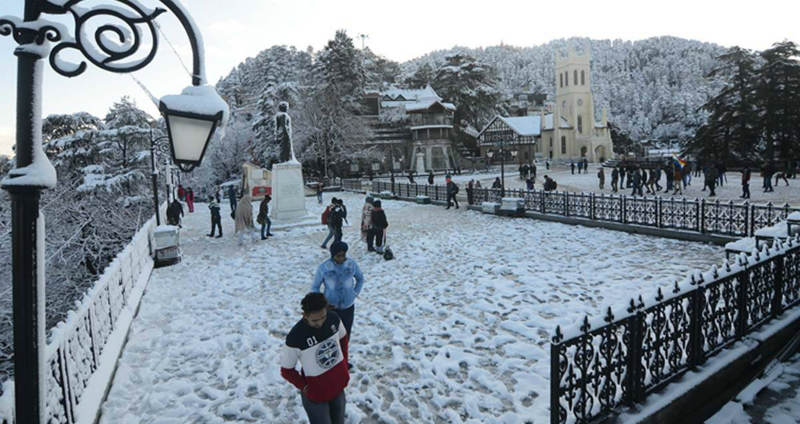 North India is gearing up for a fresh spell of weather activity, the first of its kind in April 2021. A fresh western disturbance has arrived over Jammu and Kashmir and another one is waiting to give a renewed push tomorrow onward for the next 3 days. Even the second system will be trailed by another mild disturbance to keep the weather chain continue albeit on a weaker note.

Weather conditions have already turned around wherein Srinagar, Gulmarg, Pahalgam received moderate rain and most other places also witnessed light showers in the past 24 hours. Higher reaches have experienced a fresh bout of snow confining to an elevation of 15000 feet and above. Weather activity is going to peak on 06th April and spill over the next day with a meek note. The chain of weak systems will keep the region live, at least the mid and higher reaches, for the next one week. Fresh impetus is expected sometime beginning of next week to push it till mid-month.

Rain and thundershowers are expected to soak parts of Punjab and Haryana, particularly the foothills over the next 2 days on 06th and 07th April. Locations like Pathankot, Amritsar, Jalandhar, Ludhiana, Patiala, Chandigarh, Ambala, Karnal, Panchkula and Yamuna Nagar can expect thunderstorm and lightening possibly accompanied with squally winds at few places. Delhi too can get a mild thunderstorm with few passing showers and gusty winds on 06th April.

The last spell over plains of north India was experienced on 22nd and 23rd March and thereafter a brief show of heatwave over some parts including Delhi towards fag end of the month. Delhi scored mercury rising above 40°C during this period. The current spell will reverse the pattern with humid winds and drop in the day temperatures by 2-3°C. Weather activity will cease over the plains on 08th April with a possible rise in the mercury thereafter.