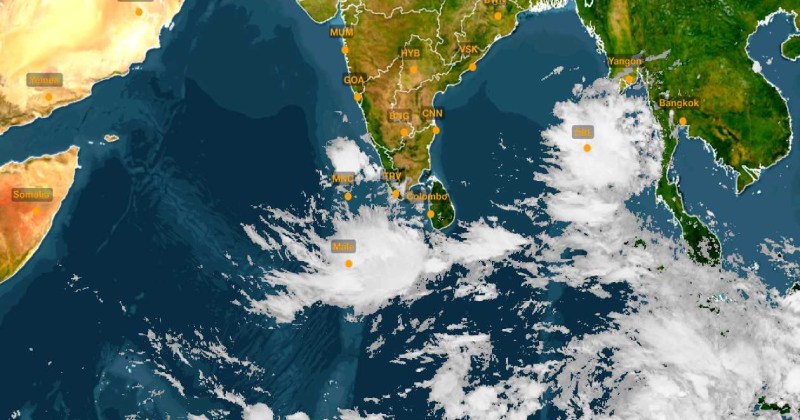 Well marked low pressure area over the Andaman Sea has moved NNE (north northeast) and is centred around 9°N and 95°E. The system is about 300km southeast of Port Blair, over 600km south of Yangon (Myanmar) and 400km west-northwest of Phuket (Thailand). The satellite images continue to depict it as a disorganized disturbance so far with poorly defined cyclonic circulation. Though placed in a favourable environment over the ocean with moderate temperature and wind shear, the system will surely remain below the strength of the tropical storm. It is likely to pick up force to become a depression shortly and move towards Gulf of Martaban, away from Bay Islands. There is a lack of numerical model consensus and the potential for developing into a cyclone in the next 24 hours remains rather low. Some of the models indicate the weakening of the depression while over the sea before crossing the Myanmar coast. Possibly proximity of land and entrainment will reduce its strength and subsequent decay.

The weather system will be under observation for any significant intensification during the next 48 hours. The timings and location however do not support its sustenance beyond depression. Notwithstanding the size and sphere of influence, heavy rains are expected along the Arakan Coast and these will also get dragged inland to pockets of Myanmar and Thailand between 01st and 03rd April. Bay Islands will remain safe from any intense activity during this period.