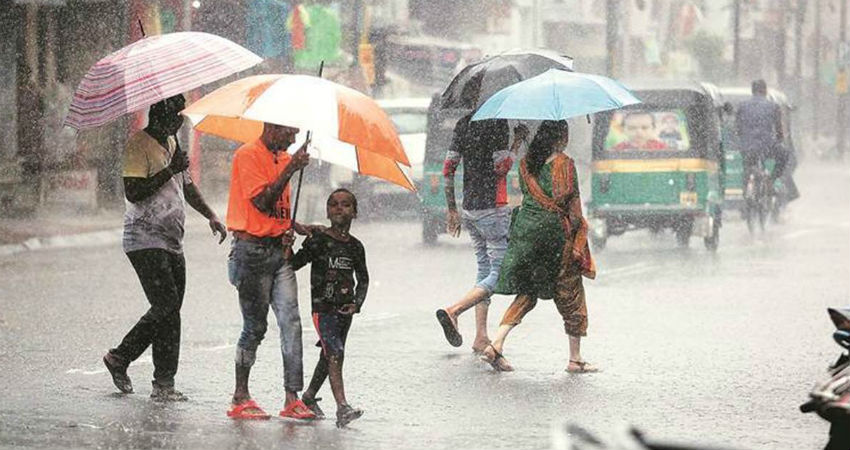 The impact of Well Marked Low-Pressure Area is clearly visible in Maharashtra as the rainfall activities have intensified over the state during the last 24 hours.

Heavy to very heavy rains have lashed South Konkan and Goa, while moderate to heavy showers were observed over parts of Madhya Maharashtra.

As per Skymet’s rainfall data, Vengurla has received 70 mm of rainfall, Ahmednagar 44 mm and Sangli 33 mm in a span of 24 hours from 8:30 am on Wednesday.

On the other hand, the rainfall activities were scattered and light to moderate in intensity over Mumbai and other parts of North Konkan and Goa, while Vidarbha remained almost dry.

According to our meteorologists, the Well Marked Low-Pressure Area in another 24 hours would continue to affect Konkan and Goa, Marathwada and parts of Vidarbha in the form of heavy rain with one or two extremely heavy spells.

Meanwhile, Mumbai rains would be patchy and moderate in nature with a few good spells.

The impact of the Well Marked Low-Pressure Area would start reducing from Konkan and Goa by tomorrow. As a result, the weather activities would start decreasing from Konkan and Goa after 24 hours, however, scattered light to moderate rain would continue over the southern districts of the region. A similar condition would be seen over parts of Madhya Maharashtra as well as Marathwada.

This Well Marked Low-Pressure Area, while re-curving towards northwest directions, will intensify into Depression by the evening of October 25.