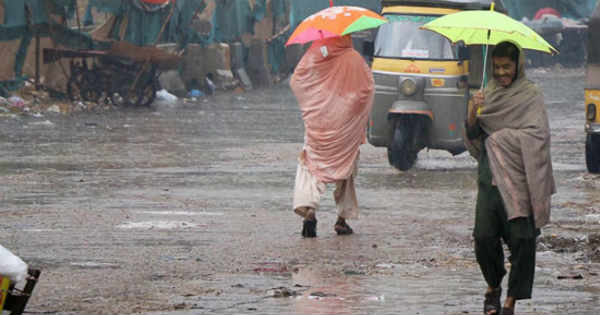 Dense fog seems to be on a receding note over most parts of Punjab and Haryana. Moderate fog has been observed at isolated places of Haryana and northern part of Rajasthan. As the synoptic picture, the Western Disturbance is approaching over the northern part of the Pakistan and it’s induced Cyclonic Circulation is presently lying over western parts of Rajasthan and adjoining areas.

As per Skymet Weather, rain and thundershower activities with gusty winds is likely at most places of Punjab, Haryana and North Rajasthan for the coming 24 hours with few moderate spells in offing. It is expected that the rain activity will reduce January 6 afternoon onward. The day temperatures are also expected to drop significantly because of clouding and rains. Hence, Cold Day conditions will soon develop over the regions of Punjab, Haryana and North Rajasthan. In the past 24 hours, the maximums for Ambala has been recorded at 16.2°C, Ajmer at 22°C, both witnessed a drop of 2°C from normal.

On January 6, chances of witnessing hailstorm over isolated areas cannot be ruled out. With the passage of Western Disturbance, dense fog is expected to make a comeback over the region in and around January 7. During last 24 hours, Amritsar has recorded 1 mm of rainfall and traces of rain have been seen over Ludhiana, Chandigarh, Roopnagar, Jalandhar and rains are expected to start soon over rest of the places.