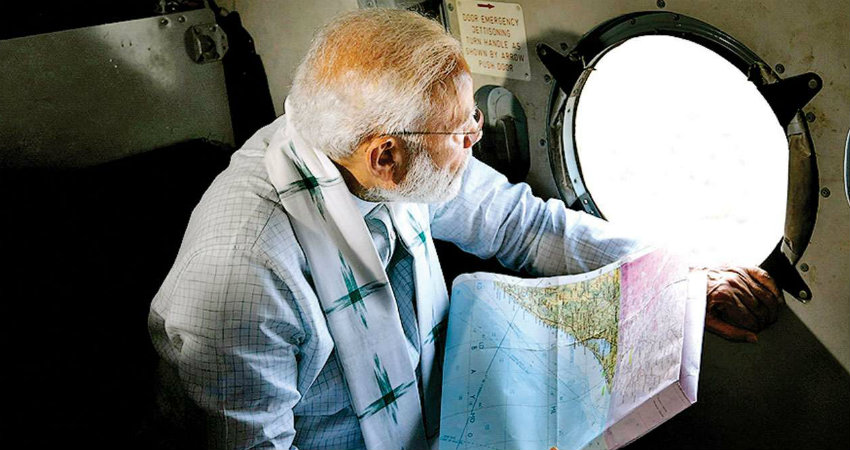 One of the biggest cyclones in history, just swiped across the Indian coast line, leaving at least 38 dead. A major loss to property was also reported in multiple regions including the maximum brunt to the poor state of Odisha.

This cyclone might be one of three summer cyclones that battered the Indian region in the last 150 years, but climate change is here to make sure that their lies even severe calamities ahead. The cyclone is not the only clue to the future, there are others- peaking temperatures breaking records in the country every other day, diminishing species of flora and fauna alike, increased number of natural disasters and much more. Yes, climate change also poses a threat to the genetic diversity.

The hilly state of Jammu and Kashmir is already seeing serious uncertainties in water availability due to climate change – sometimes too much water, sometimes too little. The northeast – traditionally a very high rainfall region – is facing an unprecedented drought. Central India is drying out because the monsoon rainfall keeps getting more uncertain due to climate change. Not to forget, the majority of farmers in the country are dependent on rains for irrigation.

According to a report, the GDP of India has slowed down by over 30% over the last 50 years because of the changes being inflicted upon the climate.

While elections are going on in the country and politicians are announcing and repeating their promises to the general public, anyone is hardly talking about ‘climate change’, perhaps the biggest concern of today. Their manifestos still manage to mention ‘climate change’, but hardly the issue is ever addressed in the election speeches.

As writer Omair Ahmad notes in his article, “it is possible to view almost all the main issues being discussed during the elections, from poverty to extremism to employment, as being a function or outcome of climate change. Yet no politician speaks its name.”