Not an asteroid but Climate Change killed dinosaurs 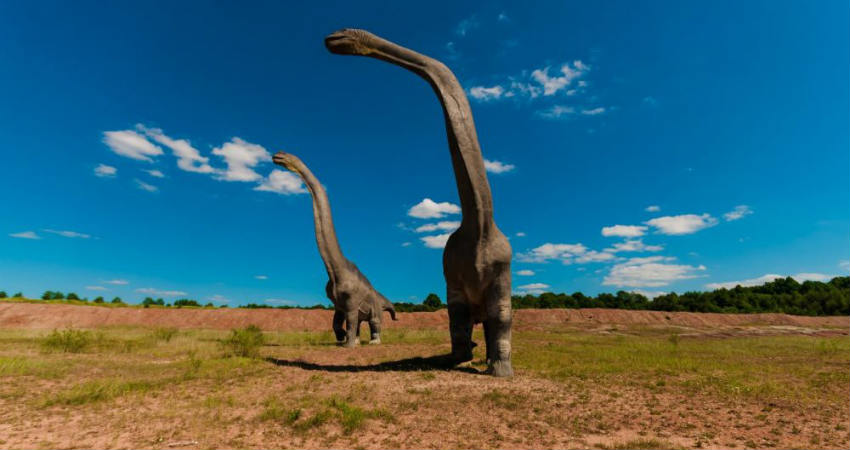 Researchers have now said that they have found new insights regarding the day an asteroid struck Earth around 65 million years prior close to Mexico's Yucatán Peninsula, clearing out dinosaurs from the planet.

Specialists have long discovered reason to accept that the power of the enormous asteroid crash is equivalent to 10 million atomic bombs. As indicated by NASA, the strike made a colossal hole around 180 kilometers wide and 900 meters down.

In any case, another article sees researchers climate altering events for causing the mass termination of in excess of 70 percent widely varied flora and fauna at the time, including dinosaurs.

The crater stayed covered up until the late 1970s, when it was first found underneath the ocean by a group scanning for petroleum and the hypothesis about an asteroid causing the elimination of the dinosaurs was first proposed by two American researchers in 1980.

Throughout the years, materials gathered from the area have just affirmed the thought that an asteroid had in fact struck the spot, with a group going down to penetrate the region underneath the cavity to bring rock samples in 2016.

One of the pioneers of the undertaking was Sean Gulick, a professor at the University of Texas Institute for Geophysics, who has likewise driven another investigation that scientists state gives more proof and insights concerning the obliteration brought about by the asteroid.

The study, published in Proceedings of the National Academy of Sciences, included the assessment of in excess of 130 meters of rocks believed to have been developed after the asteroid strike.

Gulick said that it informs researchers concerning the effect forms from an eyewitness location, including that the rock record has offered the most definite look till now, into the period following the asteroid effect.

As per the specialists, the build up of material was one of the biggest in Earth's history and the materials and arrangements in the rocks give proof of what was going on in the earth directly after the occasion.

By analyzing the rocks, the researchers understood that a large portion of the material that filled the pit after the strike was delivered where the effect occurred. This included materials that were vaporized from the impact.

The researchers likewise discovered proof of burned material, sulfur and residue. As indicated by them, these were vaporized and obstructed the sun's heat and made the Earth cool.

Besides, the group discovered material they believe originated from the fungal breakdown of wood giving indications of tea and vegetation that may have been drawn into the hole because of a gigantic wave or tsunami.

Lead creator Sean Gulick said the proof focuses towards the way that an enormous heat blast was trailed by a time of extreme chilling that killed the dinosaurs, including, "We fired them and afterward we froze them."

As per Gulick, the dinosaurs didn't pass on from the asteroid sway, but instead they didn't endure the subsequent outrageous climatic conditions.