Study: 7 Indian cities in list of 10 most polluted in the world 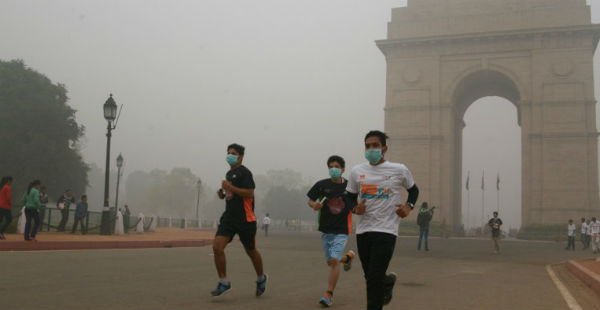 A new study showing South Asia's battle with deteriorating air quality and the economic toll it's expected to take worldwide, has revealed that seven of the top 10 most polluted cities in the world are in India.

The latest Greenpeace study has ranked Gurugram, located southwest of India's capital New Delhi as the worst in the world in the list of most polluted cities. Gurugram in 2018 too had topped the list in pollution levels.

The index measures the presence of fine particulate matter known as PM2.5, a pollutant that can aggravate deep in the lungs and bloodstream of human beings.

Seven Indian cities that rank in the top 10 list of most polluted cities in the world includes Ghaziabad, Faridabad, Bhiwadi, Noida, Patna, Lucknow and Delhi.

According to the report given out by Greenpeace, India has highlighted that the alarming increase in air pollution may cause 7 million premature deaths globally next year due to unequal distribution of PM2.5 particles contributing to air pollution.

Moreover, in the wake of another report given out by Greenpeace on pollution, even if the country reduces PM10 levels that it targets to accomplish by 2024, India will still have 139 cities with hazardous pollution levels.

India, the world's fastest-growing major economy, makes up 22 of the top 30 most polluted cities, with five in China, two in Pakistan and one in Bangladesh.

According to the World Bank, health-care costs and productivity loss from pollution covers nearly 8.5% of gross domestic product in India.