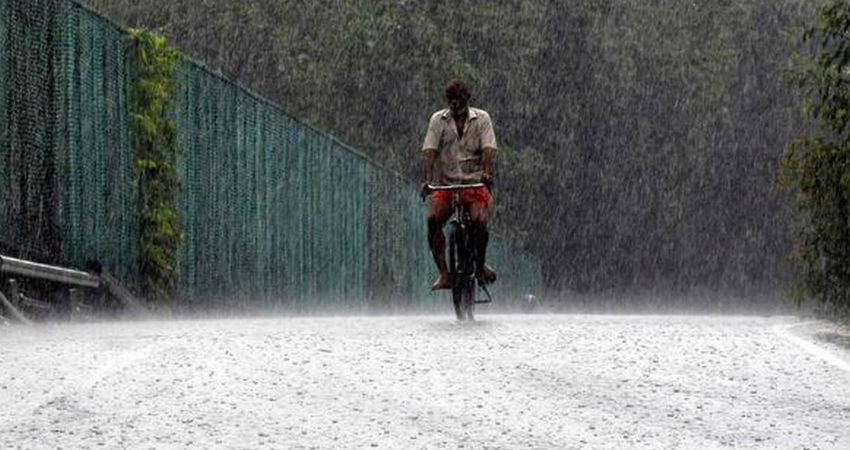 This Monsoon season is turning out good for Gujarat. The state has seen good rainy days so far and the trend is likely to continue in the month of September as well. Places like Ahmedabad, Vadodara, Surat, and Valsad are likely to get drenched once again with a possibility of water-logging and flash floods in some parts.

During the span of 24 hours from 8.30 am on Thursday, scattered light rains with one or two moderate spells have occurred in the state. For instance, Naliya recorded 17 mm of rainfall, followed by Porbandar 5 mm and Vadodara 1 mm.

According to Weathermen at Skymet, rains are all set to increase once again in Gujarat. Initially affecting the Gujarat region, the Monsoon showers would intensify in many parts of Gujarat by tomorrow or day after. And our meteorologists have predicted moderate rains with isolated heavy spells for the next 48 hours. Thereafter, the intensity may reduce slightly and on and off rains would continue until September 2 or 3.

The reason can be attributed to the Cyclonic Circulation over the Northeast Arabian Sea and a shear zone which is intact at the mid-tropospheric level.

These systems would give a few good spells of rain in Bhuj, Idar, Rajkot, Porbandar, Veraval, Kandla and Ahmedabad. Chances of water-logging and flash floods in parts of Ahmedabad, Vadodara, Surat, and Valsad cannot be ruled out.

Because of good amounts of rainfall, Saurashtra- Kutch and the Gujarat region, are observing a rainfall surplus by 18% and 19% respectively from June 1 to August 29. The continuous amount of rain would only increase this surplus further.