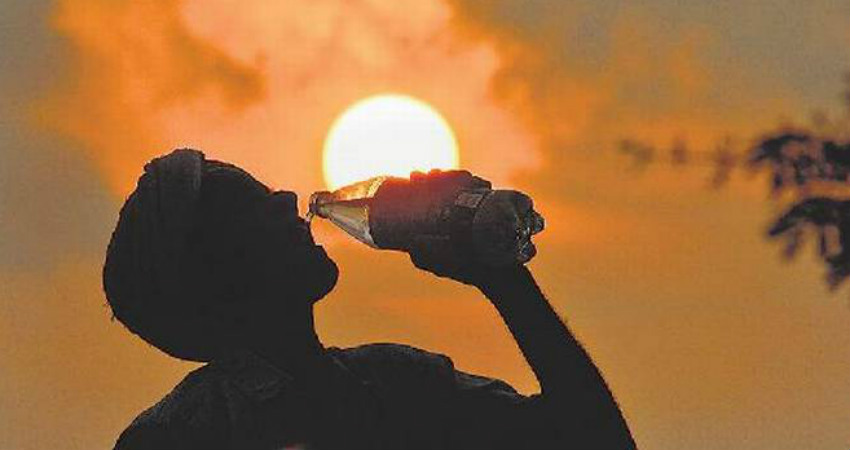 Since the past few days, easterlies were prevailing in many parts of Northwest Plains, East India and in some parts of Central India. As these winds were comparatively cool and humid, we saw a drop in mercury levels over the states of Uttar Pradesh, Bihar, Jharkhand, Punjab, Haryana and in some parts of Madhya Pradesh and Chhattisgarh.

At present, a Trough is extending from Uttar Pradesh up to West Bengal passing across Jharkhand.

As this Trough line is moving towards North, west-northwesterly dry and hot winds are set to replace the winds in many parts of Northwest Plains and Central India.

Yesterday, Churu in Rajasthan recorded the hottest temperature in India at 48°C, followed by Kota at 47.3°C.

Temperatures are now likely to rise further by one to two degree Celsius in parts of Rajasthan, Madhya Pradesh, and Maharashtra.

Isolated dust storm activity will continue in parts of Vidarbha, East Madhya Pradesh and Rajasthan. Rains are also a possibility in South Chhattisgarh and adjoining Vidarbha.