Amazon rainforest is burning faster than ever, spreads into Peru, Bolivia, and Paraguay 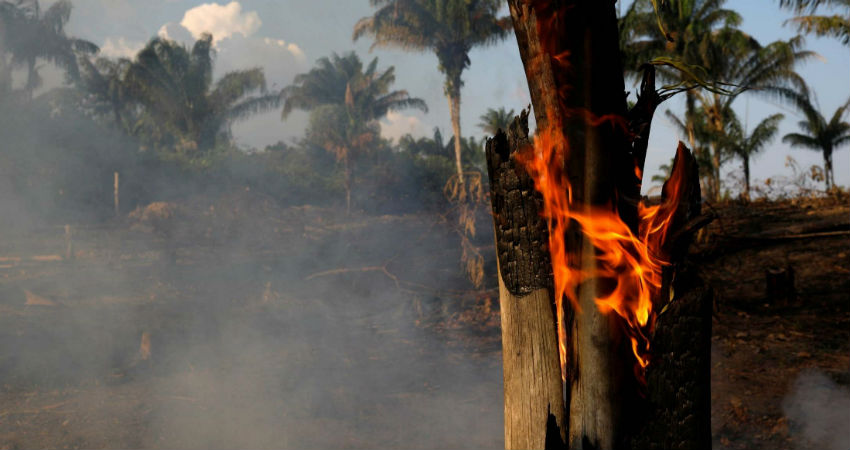 Brazil’s Amazon rainforest is burning at a faster rate and the scientists are concerned that the situation could get out of control, making it difficult to fight against Climate Change.

The National Institute for Space Research started tracking the fires in 2013. Since then, the fires are burning at the highest rates.

This year, there have been a total of 72,843 fires in Brazil, most of them in the Amazon region. What is more shocking, there has been an increase of 80% in the burning fires as compared to last year.

Amazon is considered as the lungs of the planet. 20% of oxygen in the atmosphere of the Earth is produced by this region. Moreover, it is home to a large number of species of Fauna and Flora. The largest rainforest on the planet is nearly half the size of the United States and is also considered important in slowing down the pace of global warming.

The social media is all flooded by the images and videos coming all across the globe showing giant rages of smoke from the greenery of the Amazon rainforest. The region is turning into a blackened waste slowly.

The smoke has already reached up to Sao Paulo. Images are showing, sky turning pitch black and sun covered by ash and smoke.

Recently, the European Union's satellite program, Copernicus, released a map depicting fire smokes spreading all across Brazil up to the East Atlantic Coast. The devastating fires have covered about half of the country and spreading even into its neighbours including Peru, Bolivia, and Paraguay.

The river- Amazon, passes through many South American countries. And more than two-third i.e. majority of rainforest falls in Brazil.

The burning fires have remained unstoppable and are eating up more than 1½ soccer fields of the Amazon rainforest every single minute.

People from all across the globe are sharing their concern with hashtag #ArmyHelpThePlanet trending on twitter.

We made this map to show how #AmazonFire hotspots in the #AmazonRainforest overlap with protected areas and/or indigenous territories.

Indigenous peoples are the best protectors of the rainforest; they're also the most at risk from its destruction. Let's stand with them. ✊? pic.twitter.com/6lZ3jY3owD

It's been eighteen days since the fire is over, and these eighteen days I can't stop crying. The media is trying to hide the sad reality that the Amazon is experiencing right now. ???? Please help us pic.twitter.com/zbKZ63knT0