Another two days of good Monsoon rains in Vadodara, Ahmedabad, Gandhinagar and Mehsana 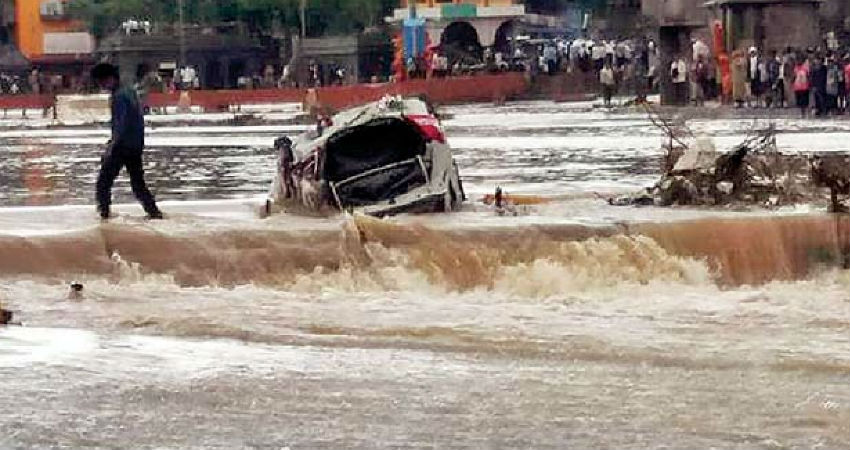 After experiencing flooding rains, the intensity of Monsoon showers has decreased in Vadodara. However, moderate rain to the tune of 22.8 mm was observed in the city in 24 hours from 8:30 am on Thursday.

Likewise, many other parts of Gujarat have observed moderate spells, wherein Veraval recorded 14.1 mm, Amreli 11.4 mm and Deesa 8.9 mm of Monsoon rains during the same span.

At present, the axis of Monsoon trough is extending from South Rajasthan and adjoining Gujarat up to North Bay of Bengal, around 4.5 km above the sea levels. In the wake of this system, moderate rains with one or two heavy spells may continue in the Gujarat region for the next 24 to 48 hours. Thereafter, rains may taper down.

Places like Vadodara, Ahmedabad, Gandhinagar and some northeastern districts of the state adjacent to Gujarat such as Mehsana, Patan, Himmatnagar and Sabarkantha may get to see good rainfall activities. However, the intensity would be comparatively less over the western parts of the state such as Bhuj, Naliya, Dwarka, Okha, Porbandar, Junagadh, and Jamnagar for at least next two days.

Due to ongoing rains, the deficiency of the Gujarat region has dropped down by a good margin to settle at  11% only, as on August 1 (+/- 19 is considered normal). However, due to lesser rains, Saurashtra and Kutch are rain deficient by 30%.