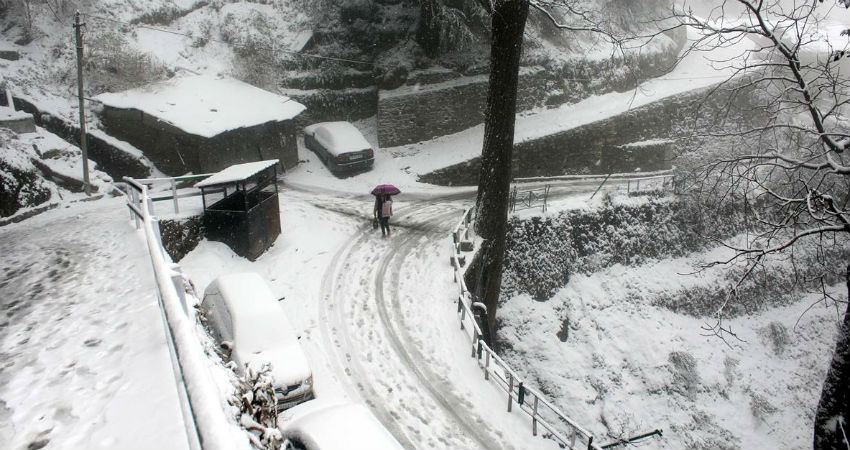 After a prolonged gap, another fresh Western Disturbance is all set to approach the Western Himalayas. The system is expected to reach around December 30 and would start giving scattered rain initially in Jammu and Kashmir and Ladakh.

The spread and intensity will increase by December 31 and most parts of northern hills would be able to witness rain and snowfall activities until January 2. Moderate rain with isolated heavy snowfall is likely in Jammu and Kashmir, Ladakh, Himachal Pradesh and Uttarakhand during this span.

By January 3, the system is most likely to move away, however, another Western Disturbance in a quick succession is expected to take a form, leading to the continuation of rain and snowfall. These weather conditions might continue until January 5. Hence, we cay say that this would be one of the longest spells of rain and snow for the northern hills.

Heavy snowfall in some parts might lead to blockage of major roads including the very famous Jammu-Srinagar highway. Moreover, due to accumulation of fresh snowfall, there are high chances of avalanche, which might result in disruption of day to day life. Several traffic hazards cannot be ruled out.

Those who want to enjoy fresh snow can make their way to Gulmarg, Pahalgam, Kullu, Manali, Nainital, Badrinath and Kedarnath. However, utmost precautions must be taken as the region is prone to extremities.