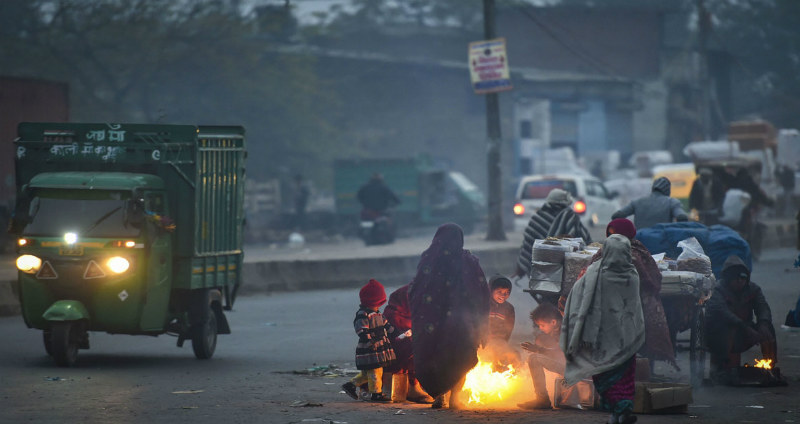 When the weather activities stop over the hilly areas of North India, the icy cold northwest winds from the hills start moving and increasing the cold over Punjab, Haryana, Delhi, Rajasthan and even Gujarat. Madhya Pradesh, Uttar Pradesh and Bihar are also vulnerable to these cold winds. These northern and north-western winds bring with them the coolness of snowfall on the mountains, due to which the temperature of most cities in the plains till central India goes well below normal and people have to face the wrath of the harsh cold.

Significantly, the 2021 Republic Day in the national capital Delhi was so cold after 21 years. On January 26, 2021, Delhi's Safdarjung Meteorological Center recorded a minimum temperature of 2.1 degrees Celsius, which is about 6 degrees below normal. The same situation happened in countless cities of North India. It includes most of the cities of Punjab, most of the cities of Haryana. In Rajasthan too, people are facing the severe cold.

Apart from the cities of the plains of North India, there has been a drop in temperature in most parts of Madhya Pradesh, Kutch, north-eastern regions of Gujarat and even Saurashtra. In Uttar Pradesh, the temperature is going down from west to east due to which cold wave conditions are prevailing in these parts. In Bihar, the increased winter has disturbed normal life. At the same time, the speed of the winds is not very strong from entire northwestern India to the Gangetic plains, due to which moderate to dense fog is also affecting the normal life and due to the fog, the day temperature is recorded below normal in the entire Gangetic plains.

There are many cities in Bihar where the maximum temperature is being recorded 4 to 6 degrees Celsius below normal and the same situation is also prevailing in Uttar Pradesh. The dense fog is also showing its effect in the Terai areas of Punjab, Haryana. Whereas in the national capital Delhi and southern areas of Punjab, Haryana, there is not much of fog. Except for the northern parts of Rajasthan, there is no fog in the remaining parts.

Considering the current weather conditions, we forecast that there will be no western disturbance in the north Indian mountains till at least 31 January, due to which there is no possibility of special change in the direction of the winds. Moderate to dense fog will remain in all these areas and the temperature will also be below normal, people will have to face the severe winter till the end of January.