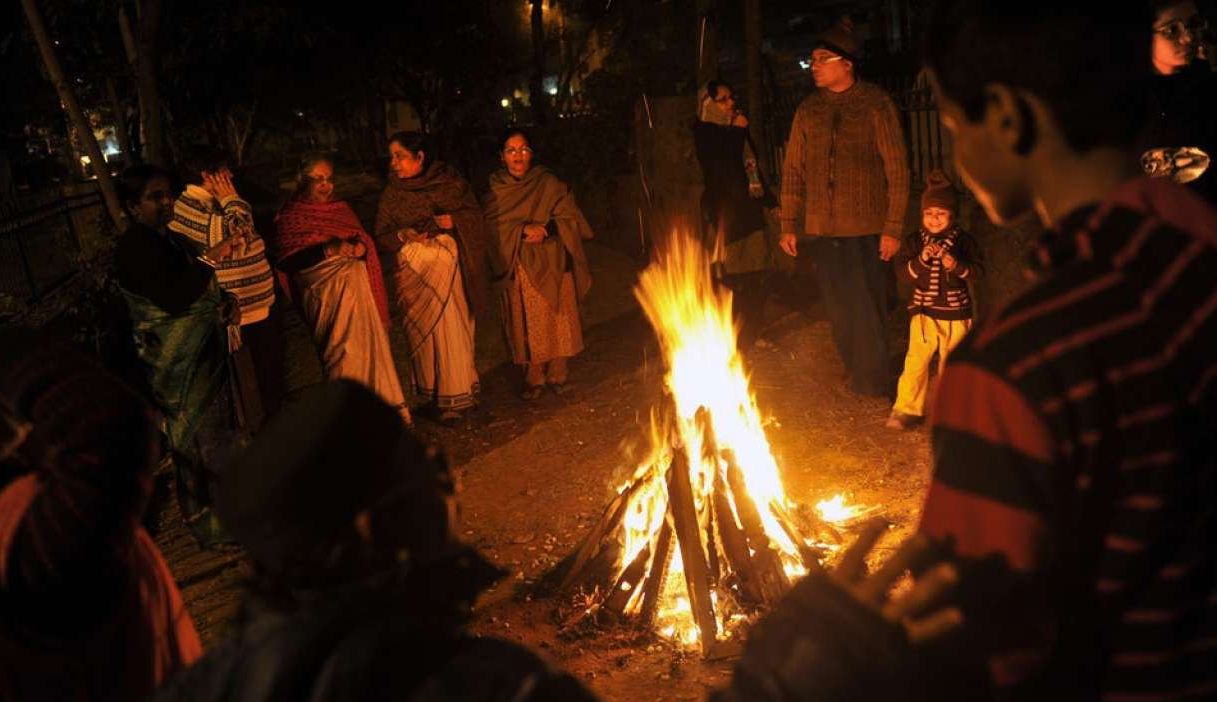 Base observatory of Delhi, Safdarjung recorded a minimum temperature of 3.2°C, about 4°C below the normal. This is the 2nd lowest temperature of the season so far which was earlier also recorded on 02 January. The lowest of all so far for Delhi was the new year opener of 1.1°C recorded on 01st January. Meteorological office at Lodhi Road registered the minimum temperature of 3°C today, a shade lower than the base station. Delhi is in the grip of severe cold wave condition and may retain the sting tomorrow also on Makar Sankranti.

Mountains have been capped with a thick layer of snow during the last spell running nearly for 5 days. The skies have opened up triggering rapid loss of radiations during the night and icy winds sneaking cold wave for the 2nd consecutive day for Delhi. This cold is going to sustain till the weekend with marginal changes in the temperature profile generally over northern plains and in particular for Delhi.

Along with the severe cold wave, cold day condition is also prevailing in the Delhi NCR area with day temperature remaining below 16°C. Even Palam airport observatory recorded a day maximum of 15.8°C. The deadly combination of this duo is driving Delhiites to freeze and shiver. No major relief expected this week and may roll over to the next one. Dry and cold weather is likely to prevail for the next 7 days.