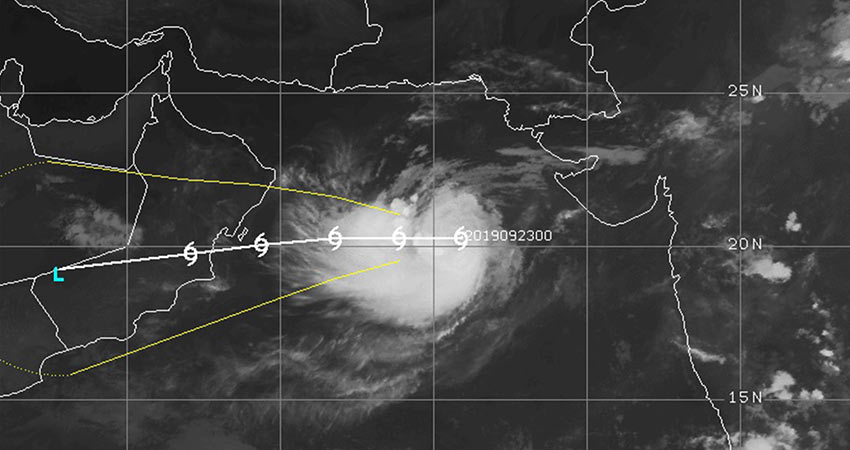 Hikka at present is 400 km away from the Gujarat coast and 500 km from Pakistan and is currently moving west-northwestward. Thereafter, the Cyclone will take a west southwest path as an anti Cyclone over the Arabian Peninsula will restrict its movement to that side. Currently, Hikka is moving at a speed of 10 kmph packing wind speed of 90 kmph.

Talking about sea conditions, the wind shear is moderate with the sea surface temperature being warm between 29 to 30 degrees Celsius.

Hikka is likely to hit the Oman coast, south of Masirah, close to Duqm, which is a port and a refinery in the next 48 hours.

Talking about its effect over the Indian mainland, the storm is likely to spare the Gujarat coast with the outflow of the system resulting in clouding and very light rains over Saurashtra and Kutch, that too only today. Thus, no threat lies to the Indian coastline in view of Hikka.