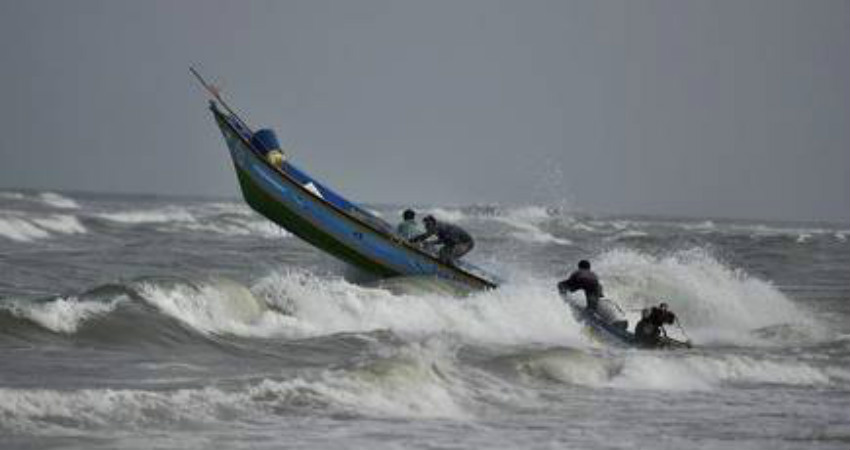 The well-marked low pressure area lies over east-central and adjoining northeast Arabian sea off south Gujarat coast. Its associated cyclonic circulation is now extending up to 7.6 km above mean sea level tilting southwestwards. It is very likely to move west-­northwestward initially during next 24 hours, along the Gujarat coast.

Thereafter, the system would be moving westwards towards the Oman Coast. This system is expected to intensify into a Depression very soon and there is a very slight possibility that it might become a Deep Depression as well. Due to presence of this system, the southern parts of Gujarat, i.e. Saurashtra and Kutch would see moderate to heavy rains.

Places like Junagadh, Diu, Porbandar, Dwarka, Jamnagar are likely to see heavy rains during the next 24 hours or so.

During the next 24 hours, sea conditions along the de are expected to be rough due to which fishermen should not venture into the sea. After 24 hours, the system will move away from the coast, due to which rains will reduce to quite an extent.