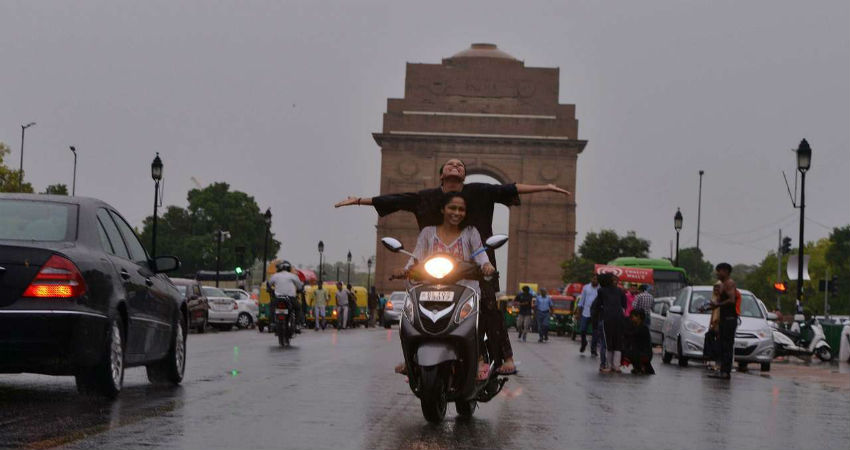 Delhi is likely to experience moderate showers with isolated places having heavy ones today in the evening and night. Delhi has witnessed very light rains in the past 36 hours and mostly pleasant conditions with cloudy skies and gentle breeze. Both the observatories, Safdarjung and Palam, recorded mercury level 10 degrees Celsius below the normal.

Cyclone Tauktae effect is reaching Delhi and widespread showers, heavy at times are expected over many parts of the capital. Storm Tauktae, after battering the Saurashtra coast wreaked havoc over the interiors like Botad, Keshod, Surendranagar and thereafter swamped central parts of Gujarat including Ahmedabad, Baroda, Anand, and state capital Gandhinagar.

From Gujarat, the remnant of cyclone Tauktae, a depression entered Rajasthan lashing most parts of the state outside extreme west and northern parts of the state. Also, the cascading effect covered some parts of North Madhya Pradesh including Gwalior, Guna, Shivpuri, and Ashoknagar.

The depression weakened further to a well-marked low pressure and later a simple low, albeit supported by well-marked cyclonic circulation reaching the outskirts of Delhi. Its interaction with the moving western disturbance across the hills will generate a fresh pulse of rain and clouds. Heavy showers are expected over and around Delhi accompanied with strong winds and thunderstorms. Weather activity will commence in the evening and possibly last for about 12 hours. The spill-over effect may be observed till forenoon hours on 20th May. Subsequently, the rainfall belt will shift eastward leaving mostly clear weather over Delhi. The day temperature will remain 6-8 degrees below the normal on the 19th and 20th and rise sharply thereafter to 36-37 degrees till the weekend.